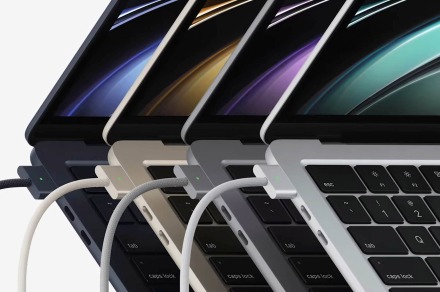 The MacBook Air featuring Apple’s latest proprietary M2 processing chip is available for pre-order as of Friday. But as quickly as the new laptop has become available, it is already facing shipping delays.

Customers can pre-order the M2 MacBook Air through the Apple website or the Apple Store app. However, these order options are already showing shipping estimates beyond its July 15 global retail launch date, with many configurations delayed for shipment until July 18 or later in the U.S., according to MacRumors.

That might not sound too bad, but MacRumors points out that some custom configurations might have shipment dates delayed beyond July. This has been continuous problem with the M1 Pro and M1 Max MacBook Pro, which has faced many months of delays in shipment.

The M2 MacBook Air was announced in early June in a number of colors and hardware specifications, with eight-core and 10-core GPU options, and Midnight, Starlight, Space Gray, and Silver as color options. Apple is expected to have the M2 MacBook Air standard configurations available in-store when the laptop launches on July 15.

The shipment delay duration might also be dependent on where you’re ordering. Our location is giving shipping dates between late July and mid-August for all configurations of the M2 MacBook Air. Various metropolitan areas might experience longer waiting times for the new laptops.

Reports that surfaced in late May right before the M2 MacBook Air unveiling at WWDC 2022 revealed the M1 MacBook Air was among the easiest Apple computer to purchase during a time when several products were facing massive shipping delays due to supply chain issues. Products including the 2021 MacBook Pro 14-inch and 16-inch models, the 2021 iMac, Apple Pro Display XDR, Mac Studio, and Studio Display were all also delayed until August, according to Bloomberg journalist Mark Gurman.

It is uncertain whether the M2 MacBook Air shipping delays have been caused by consumer demand or supply chain issues.

The M2 MacBook Air starts at $1,199, while the M1 MacBook Air is still currently available and sells for $999.