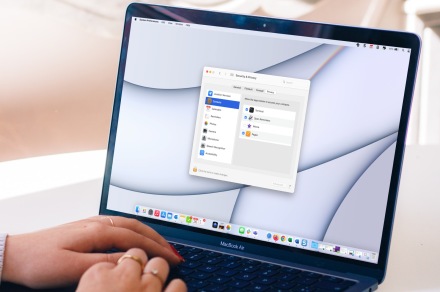 Mac antivirus has gone fully preemptive, but is that enough?

Apple made its Macs even better at fighting malware in recent years, but don’t relax just yet.

A recent blog post by Howard Oakley at the Eclectic Light Company details the changes Apple has quietly made in the past six months that mark a distinct change in strategy for protecting Macs, including spots where there are still holes of vulnerability, specifically for some older Macs.

According to the post, the new malware protection on Macs is formidable, scanning files daily and even hourly in some cases, and automatically updating with new malware definitions as they come in.

“It has now gone fully preemptive,” Oakley wrote in the post. “As active as many commercial anti-malware products.”

There is a caveat, though. Your Mac needs to be running MacOS Catalina or later. Thankfully, most Macs out there in the wild can run Catalina, beginning with the 2012 MacBook Air and MacBook Pro. Only the iMac Pro from 2017 or later is compatible, however.

Mac malware protection used to be limited to the XProtect tool, which only passively scanned some files checking for malware against a list of pre-loaded known malware code. This often failed to find the newest threats because malware evolves so rapidly.

Then, in March of last year, Apple released the MacOS 12.3 update to Monterey. Hidden in the update, with no fanfare whatsoever, was a new XProtect Remediator anti-malware scanning tool. This tool is powerful at hunting down malware the moment new viruses are discovered by security watchers.

Your Mac is much safer today than it was a couple of years ago.

Part of the new scanning protocol includes a DubRobber scanner which performs scans lasting 15-35 seconds every hour, when the Mac isn’t being actively used. Every scan then adds an entry to a running log, which you can access via terminal by typing: ‘subsystem == “com.apple.XProtectFramework.PluginAPI”‘

This proves not only that the anti-malware is included in modern MacOS releases, but is alive and active. Your Mac is much safer today than it was a couple of years ago.

You shouldn’t rest on your laurels, however. Malware is an insanely…