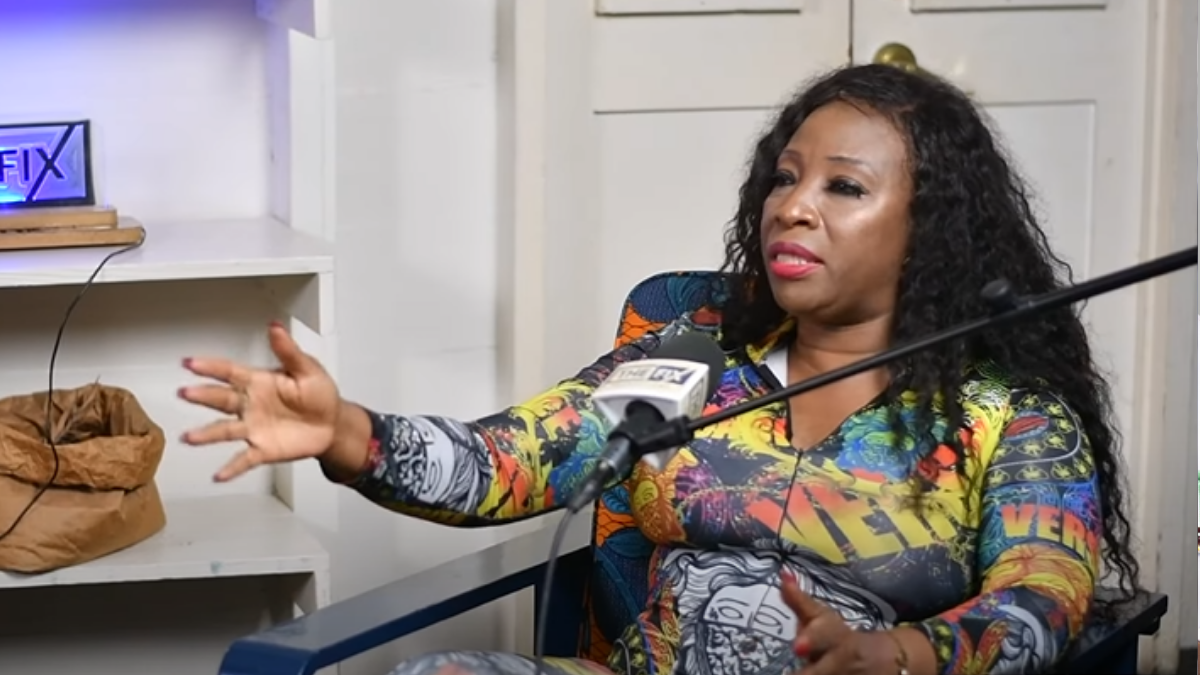 The woman who has “all the dolly dem dream body”, Macka Diamond, clears up the rumours of having surgery done to her body and finally addresses the nude tapes that leaked days ahead of her ‘Dream Body’ single.

Having a poor diet can affect one’s body in many ways, and, for the dancehall singer, poor dieting is what she said made the natural curves she grew up with disappear. However, adjusting her diet and wearing waist trainers has brought it all back.

The “Dye Dye” artiste who has said many times that she fully supports anyone who does cosmetic surgery, even went on to say that she had always wanted to get her breast enlarged, but it never happened, at least not yet. The breast surgery, that was previously considered for last March, is still being considered.

When asked about the beef she has with D’Angel, Macka Diamond said the “No Worries” singer made a statement and she responded by saying D’Angel was being “grudgeful”, but they had a laugh about it.

In regards to the leaked videos from Only Fans, the 51-year-old singer swore she had nothing to do with it being released and she believes it was leaked because she is one of the featured artistes lined up for Alkaline’s New Rules festival.

“You see the only fans thing, me never know seh dat a come,” she told The Fix hosts. “I honestly think is because them see say Alkaline put me on the show, somebody was trying to do something, but it didn’t work.”

She confirmed that the old videos were added to her Only Fans page during the lockdown when there were not many opportunities to make money.

Macka Diamond, who still has an active Only Fans page, is considering if she should deactivate the page or continue uploading content.

Watch Macka Diamond’s interview with The Fix below.

RELATED: Macka Diamond Says She’s On Every Man’s List With Her Natural Body