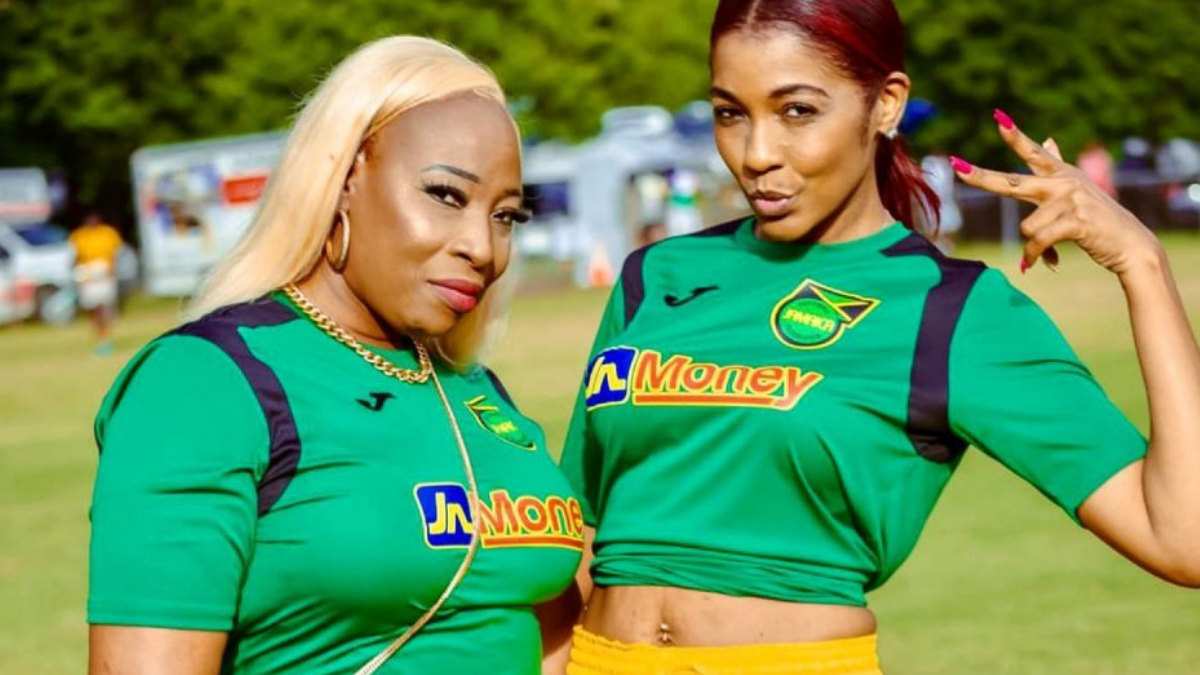 D’Angel is “jealous and bad mind” of Macka Diamond’s naturally curvaceous body, says the “Cow Foot” singer who will be putting her belief of being envied in an upcoming single. D’Angel, on the other hand, will also be responding to Macka Diamond in a single of her own. One similarity both of these songs will share is the fact that both tracks will be recorded on the same riddim.

Macka Diamond, who is known for her hit single “Dye Dye”, spoke about being envied after D’Angel accused her of having surgery done on her body at a celebrity football match in Atlanta late last month.

While the 51-year-old artiste, expressed that she is flattered people thought she did surgery, she denied these allegations, but she assured everyone she does not oppose cosmetic surgery.

Telling everyone the body they see is her “natural shape and bottom”, she indicated that her appearance came through genetics when she added that her “mother at 70 still sexy same way”.

“Do whatever you want cause it’s your body, but don’t be jealous of anyone who looks good with their natural body,” she stated, hinting at her beliefs of D’Angel being displeased with her own body because it would not look as naturally good as hers.

“Don’t be jealous and bad mind like D’ Angel,” she concluded.

However, when the ‘First Lady of Dancehall’ spoke to the STAR she sent a message to Macka Diamond telling her she could never compete “inna looks, shape or body” not even if she was reborn.

In the interview, D’Angel, who is 41 years old, reminded Macka Diamond of what she has always stood for.

“How can I badmind you for looks? Me is a girl weh represent confidence and body beauty from mi born till now,” she said while emphasizing that everyone knows her body is all-natural.

The dancehall singers are releasing their tracks in the new London Glow Caribbean Fusion riddim which is produced by Trill City Global. Macka Diamond’s single, responding to the surgery accusations, is entitled “Dream Body”, while D’Angel will drop her song with the title “I’m A Goddess”.