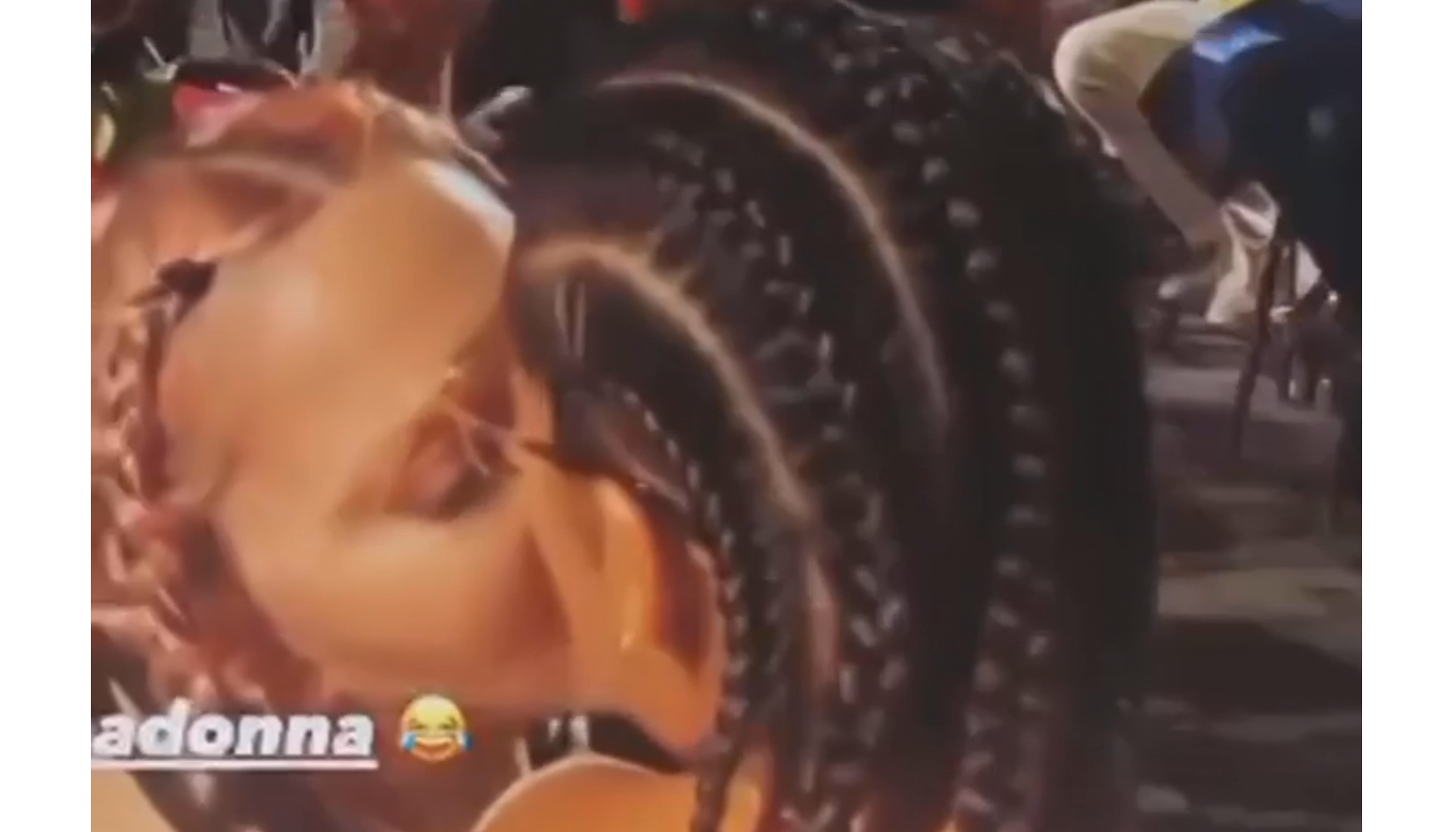 Madonna, known for her serial dating life and her obsession with sex, has once again sent tongues wagging after being seen kissing a 26-year-old female. The woman in question is Tokischa, a Dominican rapper and OnlyFans content creator. Tokischa’s given name is Tokischa Altagracia Peralta and she is also known for her “controversial” yet “liberating” public image and song lyrics.

In a recent post uploaded by BallerAlert, a video of the two kissing can be seen. The caption read, “Madonna Sparks Romance Rumors with 26-Year-Old OnlyFans Rapper [Video]?.”

Reportedly, the stars have been spending a lot of time in each other’s company and have left others wondering if this is the beginning of a budding romance.

Madonna has been seen with the rapper on multiple occasions, including being spotted at New York Fashion Week, the results of which are numerous pictures filled with PDA.

See the pictures below:

There are currently no updates that have confirmed a romantic relationship between the pair, but the Queen of pop seems to be enjoying herself and Tokischa does not seem to mind. They were also reported to have shared a kiss at the New York Pride performance and have recently been in the studio for a teaser to an upcoming music video We’re Bad Girls, said to be highly provocative.

In the make-out video, Madonna and Tokischa share the intimate kissing moment while seated beside American rapper Doja Cat, and although they seem really into each other, Madonna could simply be enjoying something casual.

The reaction to Madonna’s exploits seems to surprise no one. In response to the news, someone commented, “Probably publicity but Madonna need to let it gooooooo like girl how much fame do you want!”, while another remarked, “Honestly, her doing the ‘shock and awe’ ended long ago. She was ‘racy’ to me in the 80s. Let go ole girl.”

See more of the comments below:

RELATED: Why Online Dating is Actually Good For Modern Relationships