BREAKING NEWS
GMT-4 10:15
Home Economics Malaysia Pargo is Fed Up with Some of Her ‘Basketball Wives’ Co-stars After Latest Drama Catches Her Off Guard 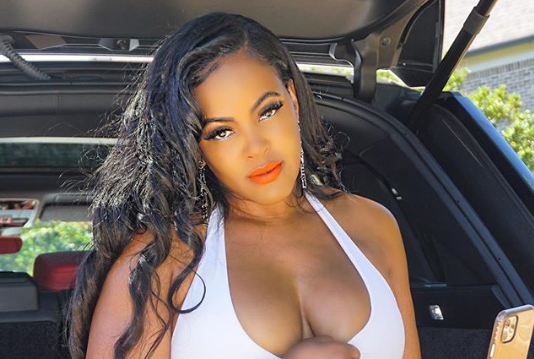 “Basketball Wives” star Malaysia Pargo is no stranger to controversy, however, she might be at her wits’ end when it comes to the ladies on the show.

In the recently released episode of “Basketball Wives,” Malaysia and co-star Jackie Christie are seen hanging out together and Malaysia talks to her long-time friend about a situation that happened in the previous episode.

Malaysia explained to Jackie that she attended Jennifer Williams’ launch party event and brought a friend, Ashlee Monroe, to join her. Little did Malaysia know her friend used to date Tyreke Evans, who shares a child with Malaysia’s co-star Angel Brinks.

In the previous episode while the ladies were all seated, Ashlee admitted, “I used to date Tyreke which is Angel’s baby daddy. Years ago.”

The comment did not sit well with the other ladies and they all faulted Malaysia for bringing Ashlee to the event in the first place.

In her conversation with Jackie, Malaysia confidentially let her know how much the situation impacted her. She said, “I had to take a day to myself and really sit and pray. I ended up going to church and talking to my pastor.”

She further explained how she was “caught off guard” because she “didn’t know I was doing anything wrong. I know that my heart was in the right place.”

The 41-year-old businesswoman insisted to Jackie, “I would have never ever in a million years did that s–t intentionally.”

The situation heavily affected Malaysia because she confessed she’s over the group of ladies and done with the drama.

She told Jackie, “The way that they were disrespectful I don’t ever want to speak to them ever again. Ever again.”

It became very clear to the Compton native that the other ladies are not friends with her. She expressed that when it comes to future plans the ladies can, “count her out” because “I have to protect myself.”

Malaysia is a fan favorite in the “Basketball Wives” franchise and many fans had her back after the episode aired. Malaysia noticed the love she was…