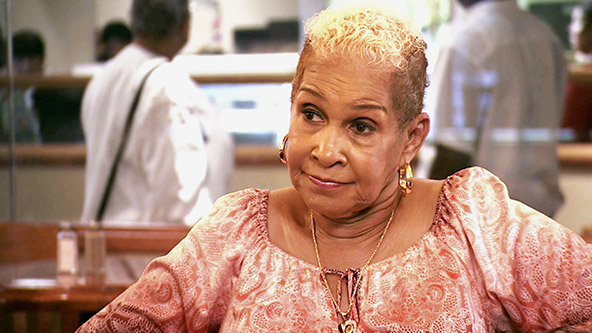 Travell Hill, the man accused in the death of Andre Montgomery Jr., a reality television star of “Welcome to Sweetie Pie’s,” pleaded guilty in federal court on Friday, June 3. Hill, one of four defendants, was convicted of one count of conspiracy to commit murder-for-hire and another count of murder-for-hire in the March 2016 killing.

According to local news outlet KSDK, per his plea agreement, the 30-year-old admitted to killing the 21-year-old television star outside a home in the 3900 block of Natural Bridge Avenue in exchange for $5,000. Hill claimed that on the day of the incident, he met with the victim’s uncle, James Timothy Norman, near the Clinton-Peabody Housing Complex south of downtown St. Louis for a “discussion.”

After the men spoke, “it was Hill’s understanding that Norman wanted Hill to kill Montgomery,” legal documents stated. On the same day, Norman and his girlfriend, Terica Ellis, who also is a suspect, purchased and activated prepaid cell phones from a Walgreen’s in the Central West End neighborhood. Ellis instructed the accused co-conspirator to “initiate all further communication with her” using the devices they had just gotten.

Norman told Hill that he would be receiving a call from Ellis with Montgomery’s location. Hill acquired a .380 caliber semiautomatic handgun from an unidentified individual who lived near his residence because it “was small and could be easily concealed inside his sweatshirt.”

Court documents stated that around 7 p.m., Montgomery texted his location “3964 natural bridge” to Ellis, who then relayed the message to Hill and Norman, and proceeded to make five more attempts to communicate with the men.

Montgomery walked out of his home around 8 p.m. that night before being asked by Hill if he had any marijuana. After walking to a car to speak to the passenger, the young man began walking toward Hill, who shot him multiple times.