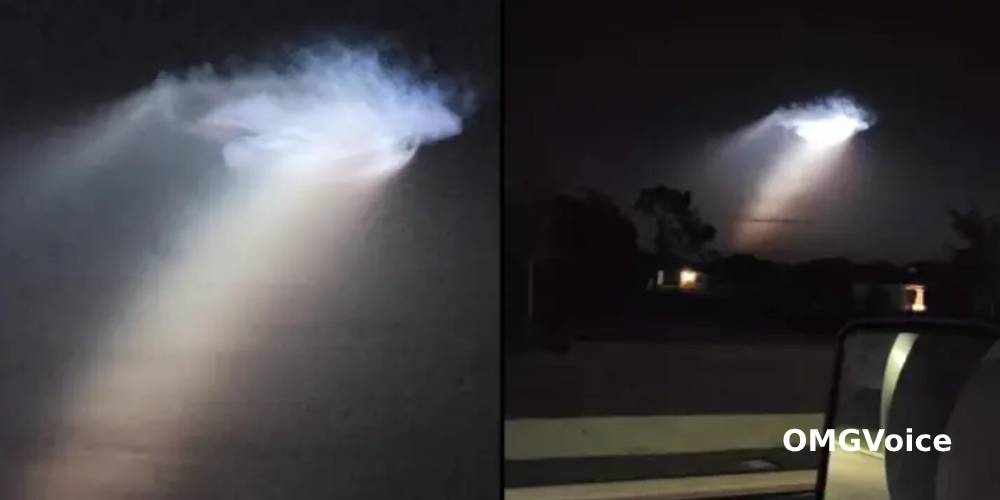 A dad was stunned to see ‘biblical’ scenes in the sky as a bright light shone down in the pitch black – just minutes after a SpaceX rocket launched less than 150 miles away.

Tavaras Brinson, 38, was on his way home on Friday Morning last week (6 May) when he saw a white ray of light piercing through the parting clouds.

He believes the moment was a ‘religious experience’, saying he was convinced it was ‘God coming back’, and posted the video on Facebook – where it has been viewed 1.2 million times.

Brinson said he feels ‘blessed’ to have recorded it on camera, with footage showing the light beaming down over Bradenton, Florida, illuminating the black sky.

“It was like the gates of heaven were opening.

“It was dark and then all of a sudden a bright hole opened up in the sky. I watched it open. It was amazing, I thought it was God coming back.

“I believe in God, and I do believe this was a religious experience. I’ve never seen anything like this, ever. I feel blessed.

“When I looked, I thought I had to capture a video of this. We were there for a good 30-40 minutes and it was still there. It wasn’t a star, it was abnormal.

“People were saying it was a rocket launch, but I don’t know. I’ve seen rocket launches before and they didn’t look like that. It was biblical.”

Some Facebook users pointed out the possible connection, but dad-of-three Brinson insists he’s seen rocket launches before ‘and they didn’t look like that’.

“I think it’s the SpaceX launch. There was an article stating it would create the jellyfish effect.”

Another agreed: “It was a launch.”

Many other Facebook users, meanwhile, described the gap in the clouds as a ‘portal to heaven’, saying it was all down to the handiwork of ‘God’.

One said: “That looks like a portal to heaven.”

Brinson replied: “Yeah, that was my…