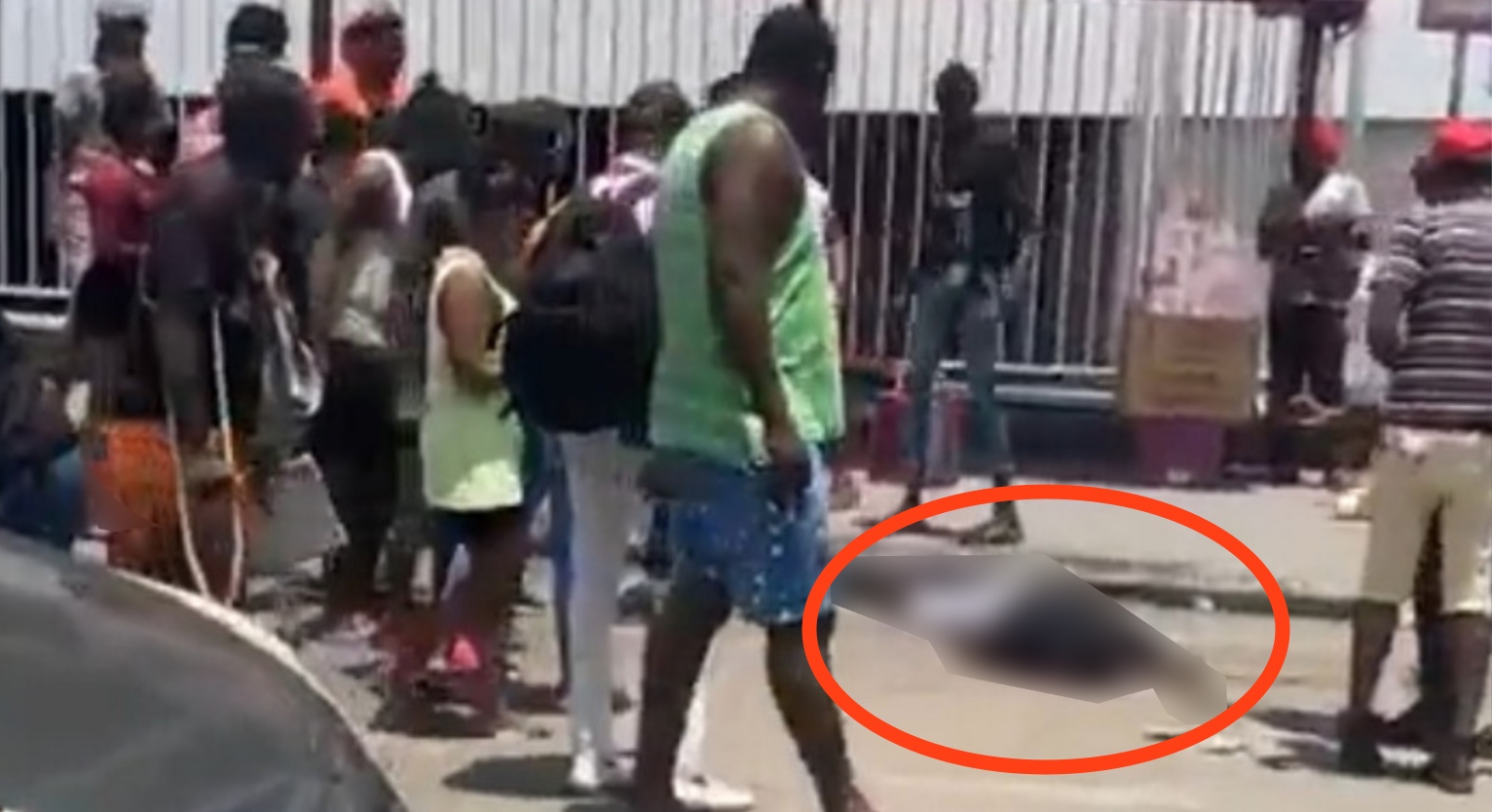 A man was killed Sunday afternoon on North Odeon Avenue in the vicinity of the Half-Way Tree Transportation Centre, St Andrew where men opened fire at him.

Alleged eyewitnesses claim that the man was standing at the bus stop when men on motorcycles rode up to him and started shooting. A woman was also reportedly injured in the shooting and she was taken to the hospital.

According to the police’s Corporate Communications Unit, the man, whose identity has not yet been released by the police, was pronounced dead at the hospital.

Gruesome footage was posted online showing the man lying in a pool of blood while a crowd formed. In the footage, along with the declarations of him being dead from the person recording, howls of agony are heard coming from a female.

RELATED: Girl Gets Shot On Facebook Live While At BBQ… See Footage