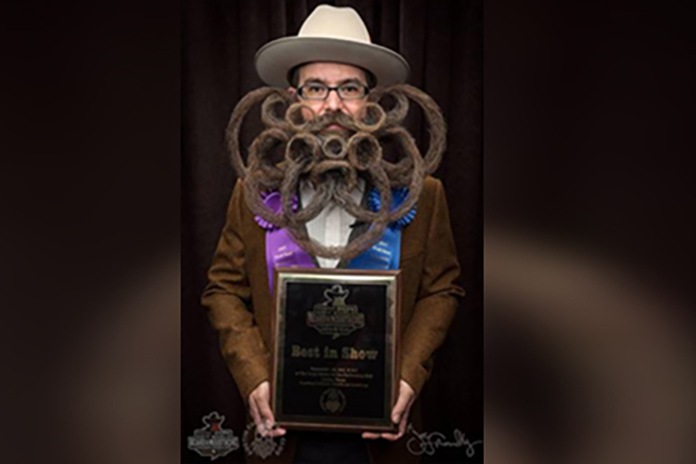 Jason Kiley, Wisconsinite and 2017 winner of “Best in Show” at the World Beard Championships, is shaving off his beard to raise money for the African American Roundtable in Milwaukee. The organization is currently working on a campaign to divest $75 million from the Milwaukee Police Department and reinvest the money into community programs.

Donors will decide what change Kiley’s beard will take. You have to make a donation and then comment on what style you would like his beard to be transformed into. (I certainly hope he uses a quality man’s bathroom hair apron to make for easy cleanup.) 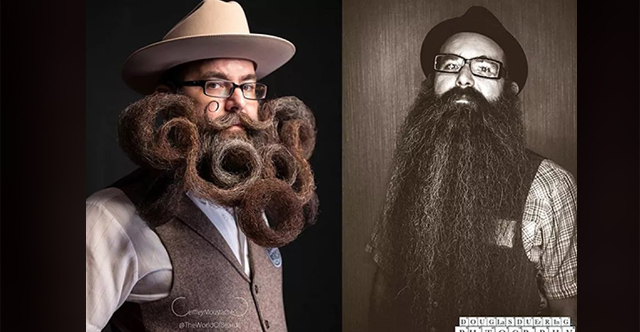 “I am fine with whatever style wins. I am most worried about having just a mustache though. Going down to just a mustache will almost feel like walking around in a speedo,” said Kiley.

“Ultimately, the goal is to bring awareness of the issues the Black community faces and one of the organizations that is trying to make Milwaukee a safer place to live for Black people.”

According to the website, “The African-American Roundtable (AART) is a coalition led by and serving the African-American community in Milwaukee. AART exists to empower and organize our community to transform policies so we can thrive and live at our greatest potential.

We collaborate and support our partners and allies to show power, amplify each others’ voices, nurture leadership, promote racial equity and accessibility, and pass policies to radically change the lives of African-Americans in Milwaukee.”

Kiley’s fundraiser will end soon, at which time he will announce which of the five facial hair options won. If he raises $40,000, he says he will shave the entire thing.