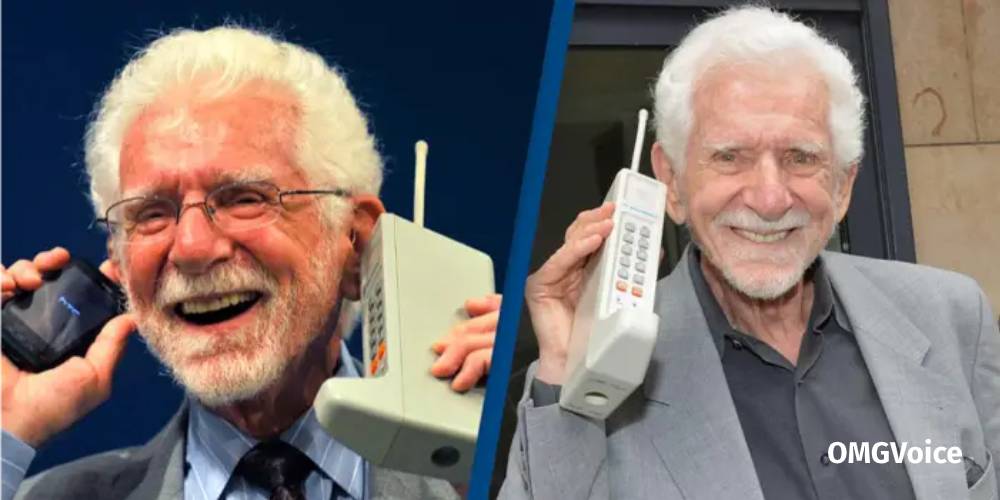 Mobile phone users – aka the general public – just got roasted by none other than the man who invented the first ever device of its kind.

Martin Cooper appeared on BBC Breakfast this week where he was asked what he thinks of anyone using their phone upwards of five hours a day. His response? “Get a life!”

The conversation came up when the 93-year-old American engineer revealed that he uses his phone ‘less than five percent’ of his time.

In a clip, the BBC presenter asks,

“So what would you say to anybody like myself who are upwards of five hours.”

Clearly shocked at the revelation, he replies,

“Do you really? You really spend five hours a day? I would say, ‘Jane, get a life!’”

Before you go taking his statement too seriously, according to app monitoring firm App Annie, people spend an average of 4.8 hours a day on their phones.

With the advent of smart devices such as iPhones and Androids, there’s so much more a person can do with their pocket computers.

Things have certainly changed since Cooper’s day, but equally we have him to thank for the start of it all.

While working at Motorola in the 1970s, the pioneer of wireless communications invented the first handheld cellular mobile phone. It took him just three months to get a working prototype, which he named the DynaTAC. Speaking to CBS News about the creation, he said:

“You could talk for 25 minutes before the phone ran down.”

In April 1973, Cooper presented the device to a reporter in New York in the best way possible – by using it to make a call.

“So, we met this guy on Sixth Avenue in New York, in front of the Hilton,” he told the outlet. “And then I had to make a phone call to demonstrate it.”

He decided to call none other than Joel Engel, an engineer over at AT&T, Motorola’s biggest rival at the time.

Cooper continued: “And I said, ‘Joel, I’m calling you on a cellphone, but a real cellphone, a personal, handheld portable cellphone.’ Silence on the other end of the line.”