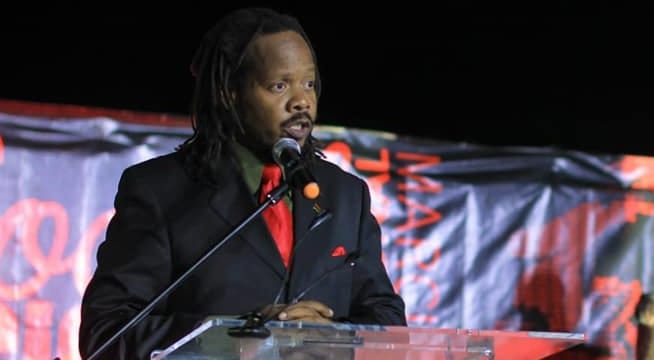 Steven Golding, President of the Universal Negro Improvement Association (UNIA-ACL) is lobbying for the British Monarchy to acknowledge their part played in slavery and to offer reparatory justice to Jamaica for its crimes against humanity.

During an interview, Golding spoke strongly about victims of the Transatlantic Slave Trade, a global slave trade that transported between 10 million and 12 million enslaved Africans across the Atlantic Ocean to the Americas from the 16th to the 19th century. He stated that these victims have never received any form of compensation since the abolishment of slavery in 1834, yet the slaveowners benefited from a payment of 47 million pounds.

He expounded that in return, the slaves were again robbed of their rights, by being placed on a four-year Apprenticeship System, which meant that they would give their slave masters free labour on the plantation, while ‘learning’ how to be free.

“Now, you do a job for 300 years and in the last 4 years you’re suddenly an apprentice?” Golding questioned.

According to the UNIA-ACL President, the loan of 47 million pounds used to pay slave owners in 1834 was not paid off until 2015, which is based on information presented in the British Treasury. He stated that Jamaicans who were a part of the Windrush migration and had contributed to the British society were the ones responsible for repaying this through their taxes.

“So we practically had to buy our ancestors out of slavery, this is a tragedy and we’re demanding more than an apology,” he said.

Golding also referred to British Royals, Prince William, and his wife, Kate Middleton who visited Jamaica in March of 2022 for Queen Elizabeth II’s Platinum Jubilee. He stated that during this time, the representatives of the monarchy were meticulous in their choice of words, ensuring that they did not admit guilt or take responsibility. He added that they never said, “sorry” but often used words such as “unfortunate” or “they wish”.

Nonetheless, he posed a challenge to the new monarch, King Charles III to “do the right thing”. He indicated that this can be done…