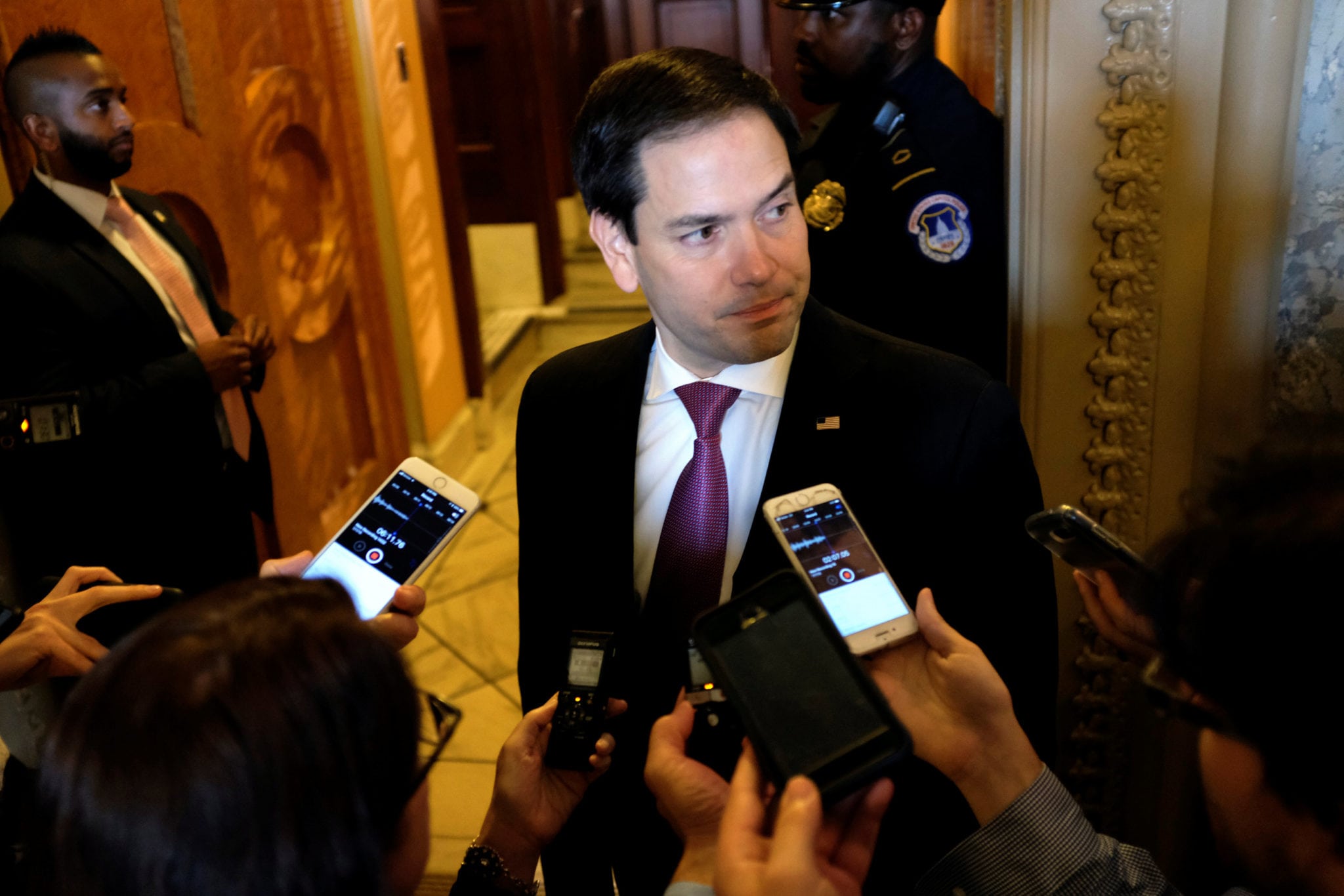 Marco Rubio doesn’t think that Top Secret-SCI files in a storage room at Mar-a-Lago are a big deal. It’s merely a problem as to where and how these highest classified files are stored—no big deal.

This is the same Marco Rubio who is in real trouble in his race against Val Demmings for the U.S. Florida senate seat. Despite the fact that 538 has Rubio polling (on average) four points above Val Demmings, there have been some polls more recently that have Demmings either even or ahead of Rubio. At the very least, the race is closer than it is supposed to be. Perhaps that is why Rubio is running back hard to the MAGA embrace. He needs that base.

While most Republicans in the Senate have stayed largely quiet about Trump’s troubles, knowing that there might be far more damaging evidence out there, Rubio must feel the need to express stronger support for Trump because files that are not supposed to ever leave secured rooms aren’t supposed to be stored near the pool or in the desk drawer of a retiree in Florida. And yet, according to South Florida’s Channel Six:

“This is really at its core a storage argument that they’re making. They’re arguing there are documents there, they don’t deny that he should have access to those documents, but they deny they were properly stored.”

That is a flat-out lie. The FBI and DOJ do not agree that Trump “should have” access to those documents. Trump is no longer president, and likely doesn’t have the clearance even to see those files at this point post-presidency. Additionally, among DOJ’s allegations is that Trump’s storage of the documents constitutes obstruction of justice. Rubio knows this. He just doesn’t care and is lying. He goes on:

“I don’t think a fight over storage of documents is worthy of what they’ve done, which is a full-scale raid and then these constant leaks. That’s the second problem. It’s the PR behind all this.”

There have been surprisingly few leaks. Most of the information that has come out was contained in briefs before the court. The fact that it is a “PR Problem” for Trump is Trump’s fault. Even…