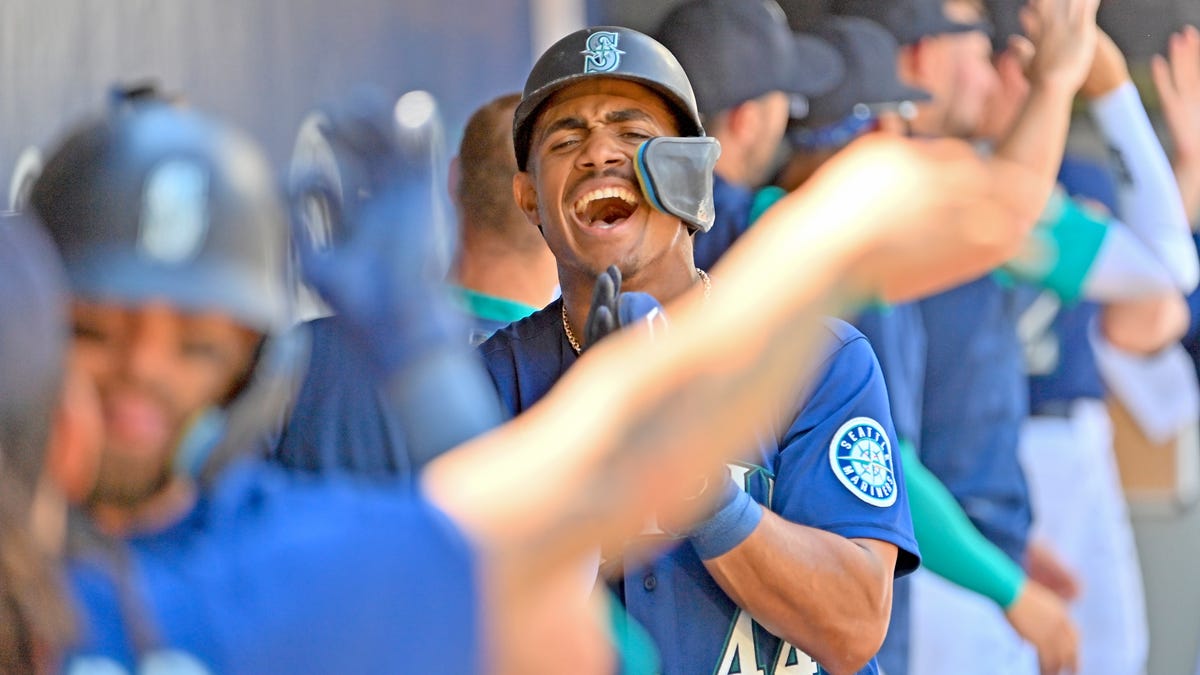 Laughing all the way to the bank.Image: Getty Images

As of writing this, Mariners’ outfielder and 2022 All-Star Julio Rodríguez has played in 109 career games. He’s had 463 career plate appearances and has already earned himself $210 million guaranteed, and potentially more than $450 million in total. Over how many years? We don’t really know.

It could be eight years, 13 years, 16 years, 18 years. We don’t really know. What we do know is that the Mariners made a very smart move. Not only does this deal secure one of the best young talents in baseball for potentially more than a decade, but it also comes with so many clauses and conditions that should Rodríguez prove to be a letdown after his rookie season, the deal won’t snowball into a Bobby Bonilla or Chris Davis situation.

Sure, it would be a huge disappointment if Rodríguez doesn’t live up to the hype he’s built during his rookie season, and it would really burn a hole in the Mariners’ pocket, but I’d be willing to bet that Rodríguez will be worth every penny.

Why? Well, in the live-ball era of baseball (since 1920), there have been only six players to have earned a 130 OPS-plus or better as well as 20 stolen bases in their age-21 season or younger. Four of them are Hall of Famers (Ricky Henderson, Rock Raines, Joe Morgan and Orlando Cepeda). One is César Cedeño, a four-time All-Star and five-time Gold Glove winner with a career 123 OPS-plus, and the final player on that list is Mike Trout, who did it twice, in both 2012 and 2013.

In 2022, his rookie season, Rodríguez has already become the seventh player to join that club, and his team still has 37 games left to go. Rodríguez isn’t a standout among any of the players I just mentioned in their breakout seasons. Hell, Rodríguez currently holds a 132 OPS-plus. Trout posted a figure of 168 in 2012, but to be in such company as the names I mentioned is a testament to the talent…