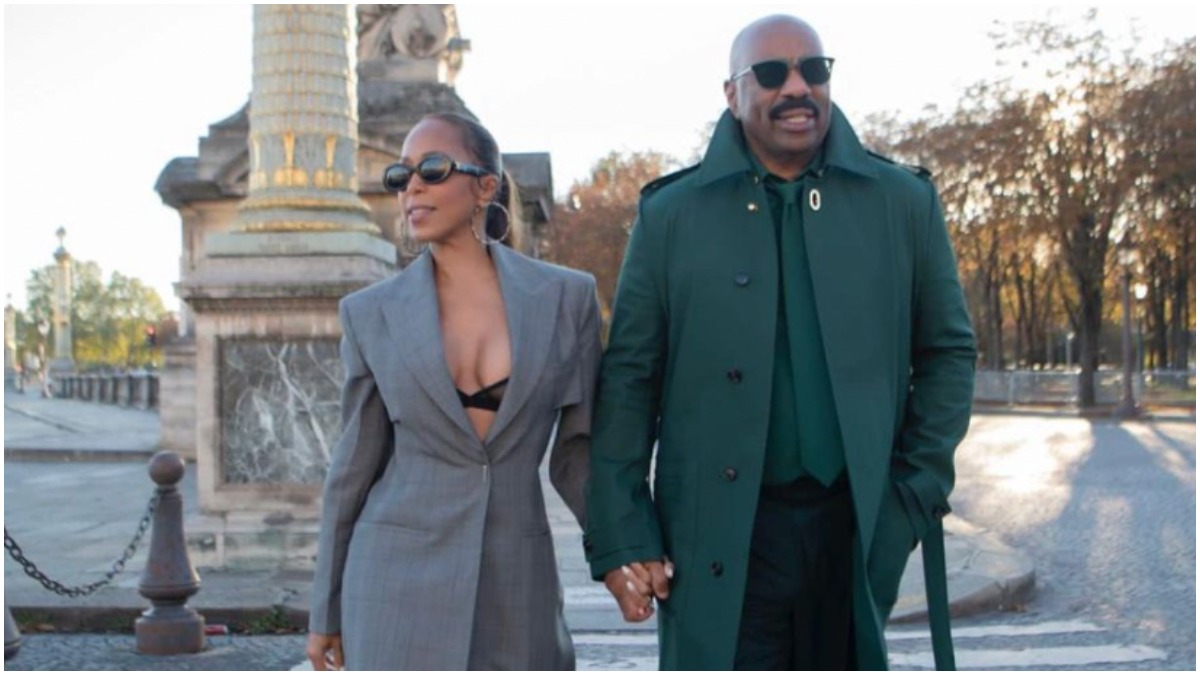 Marjorie Harvey‘s fans are certain that she and Steve Harvey may be experiencing “trouble in paradise” after the 57-year-old uploaded a cryptic post to her Instagram Story on June 6.

The couple, who began dating in 2005, have been married for almost 15 years. Marjorie and Steve also have a blended family of seven children and several grandchildren.

Marjorie’s upload comes hours after the “Family Feud” host shared that he should take break-up notes from his children when discussing his stepdaughter Lori Harvey’s recent split from actor Michael B. Jordan. Lori and Michael dated for over a year before calling it quits.

Steve’s remarks consisted of getting out of a relationship early so that no financial consequences would arise. “I just wish I could have broke up without the cost factor with it,” he said. “I got to start learning from my children. Get out early. I waited way too late. I got to figure this out.”

Following his statements, Marjorie shared a video featuring “black-ish” star Jenifer Lewis offering word of advice. Lewis said, “You sit in s–t too long it stops smelling. So come the f–k outta there.”

Although Marjorie didn’t disclose who and what she was referring to when posting the video, fans began questioning if the upload was possibly uncovering issues within her marriage to Steve.

“I think they’re talking about themselves cause Steve said he wish he learned to leave early like his kids.”

“They talking about each other or Lori and Michael?”

“Sound like Steve and his wife shading each other here.”

Among the previous remarks, one individual…