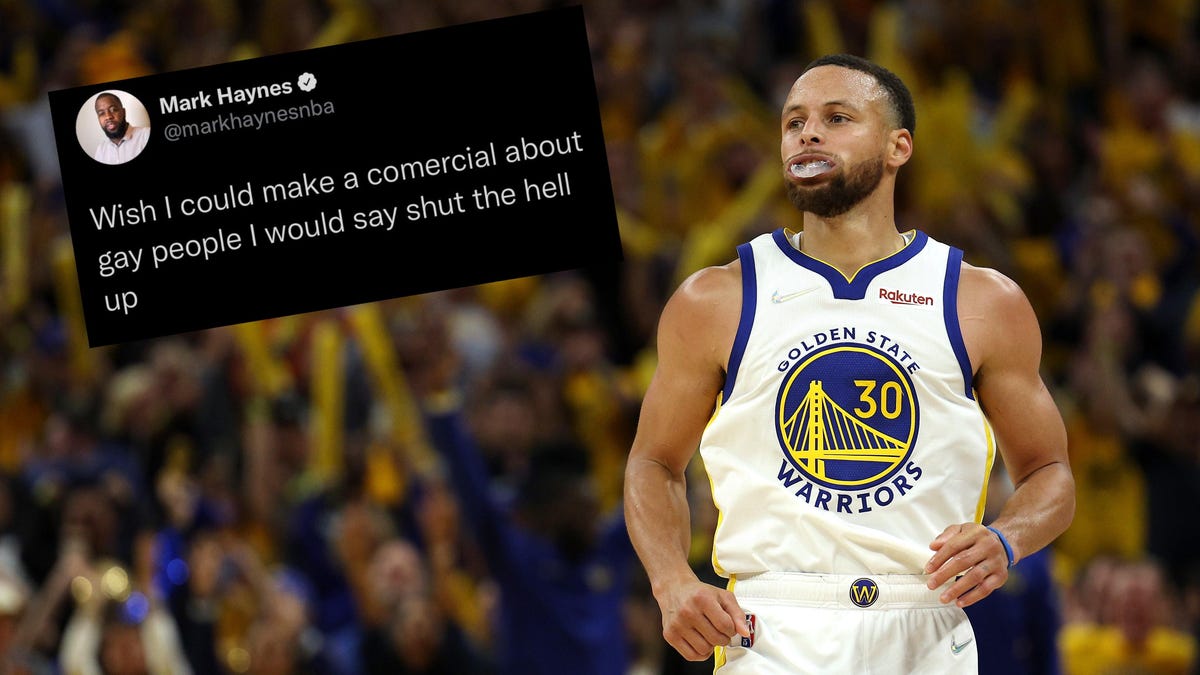 Posted By: adminon: May 22, 2022In: SportsNo Comments
Print Email

In the age of social media, there are some things you just shouldn’t say aloud (or in writing), and certain celebrities and athletes you want to steer clear of when it comes to particular commentary. Golden State Warriors beat reporter Mark Haynes found this out the hard way Saturday night, after answering a question on Twitter about Stephen Curry’s “frontrunning” — celebrating well before the clock hit 0 — during Game 2 of the Western Conference Finals.

Once Haynes agreed with the notion that Curry was a frontrunner, his fate was basically sealed by Golden State’s minions. That seemingly harmless comment in which Haynes answered a fan’s question has turned into an avalanche of inappropriate tweets that cover homophobia, racial slander, sexism, and many other odd tweets that seem like they were meant to be jokes, but couldn’t have been less funny.

There aren’t too many people laughing at the “jokes” now, especially not Haynes, as he went and deleted his Twitter account once he realized his ass was in the hot seat. There’s something about certain guys named Mark associated with the Warriors that just don’t mix. Mark Jackson hasn’t had a tough time landing another NBA head coaching gig strictly because of “basketball philosophy.” Internet sleuths can wrestle with that one.

As a public figure, be careful of the hate you spew publicly. Even if it’s before you gain any small amount of notoriety. The comments Haynes posted over the years weren’t only hateful; they were ignorant and reckless.

Being a black man, I’m sure Haynes feels a certain way whenever the N-word is uttered by anyone who isn’t African American. Mark knows what it’s like to be judged because of his skin color or ethnic background. Yet he felt comfortable enough to use such hateful speech, but he thought it’d be funny to post them on Twitter. Now Haynes’ job will likely be in jeopardy over his ignorance.

What surprises me about this entire incident is how these tweets were up on Haynes’ page for so long without anyone noticing. Mark isn’t…