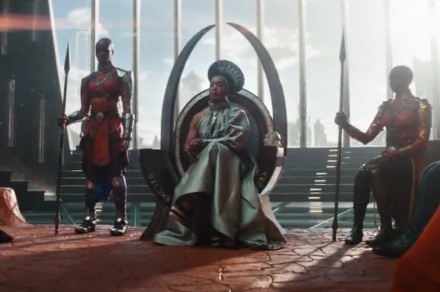 It wouldn’t be San Diego Comic-Con without an in-depth look at the MCU. After a comparatively lackluster presentation by rival DC, Marvel unveiled new trailers, new characters, new casting announcements, and new release dates for most (but not all) of its upcoming film and television projects.

First, the Disney+ content. Fans got a closer look at the forthcoming She-Hulk: Attorney at Law series, which stars Tatiana Maslany as the jade giantess who is trying to reconcile her life as a lawyer with her new role as a superhero. Helping her out is her cousin Bruce Banner aka the Hulk, played once again by MCU veteran Mark Ruffalo.

The show, described by Marvel as its first 30-minute comedy series, is set to air on August 17th. Fans got a glimpse of another Marvel hero, Daredevil, once again played by Charlie Cox, who will appear in several episodes.

Speaking of Daredevil, the Marvel hero will get his own Disney+ show in the spring of 2024. The show, titled Daredevil: Born Again, will consist of 18 episodes and will reunite Cox with his co-star from the Daredevil Netflix series, Vincent D’Onofrio, who will resume the role of the fearsome Kingpin.

There were new glimpses of Guardians of the Galaxy Vol. 3, with the original cast returning, and new cast members Will Poulter as Adam Warlock and Chukwudi Iwuji as the High Evolutionary. Secret Invasion revealed Don Cheadle would appear in the series as War Machine, and the Ant-Man 3 cast would be joined by Bill Murray in an unspecified role.

A big reveal was the announcement of two new Avengers movies in 2025: Avengers: Secret Wars in the summer and Avengers: The Kang Dynasty in the fall. This is all part of a new stage in the MCU: the Multiverse Saga, with Kang (presumably) as the main villain.

Last but certainly not least was the first trailer for the highly-anticipated sequel Black Panther: Wakanda Forever. The trailer showed how Shuri and the rest of Wakanda deal with Black Panther’s death (the character is being retired in the wake of star Chadwick Boseman’s death) and a potential threat in Namor, one of Marvel’s oldest characters.