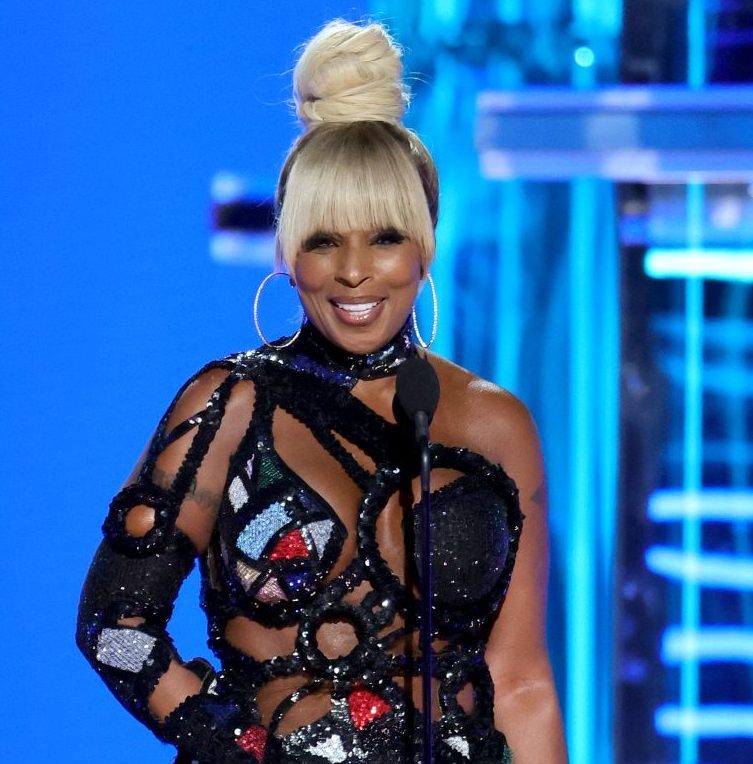 Roommates, the Queen of Hip Hop Soul herself, Mary J. Blige gave a very heartfelt speech while accepting her ‘Icon’ award at this year’s Billboard Music Awards that had everyone on their feet as she talked about her legacy and her journey! With 30 years in the music industry, Mary J. Blige has certainly earned the right to be defined as an icon—and the Billboard Music Awards was the perfect time to remind a new generation exactly why.

After being introduced at the Billboard Music Awards by fellow icon Janet Jackson, Mary J. Blige spoke directly to the crowd of her musical peers and fans, as she gave a nearly seven-minute speech about her impact in the music industry. “What an icon means to me is overcoming obstacles to accomplish the unthinkable and be widely admired for having influence over a multitude of people, and that is what I’ve always represented,” she said.

Just before she thanked a long list of people who helped shape her career, Mary J. Blige noted that self-love is the biggest part of her journey.

She told the audience, “The message in my music has always been that we are not alone in our struggles. And I’m not alone now. For so long, I was searching for a real love, but I finally found my real love. And that real love is me.”

You can catch Mary J. Blige next at this year’s Essence Fest and the upcoming season of the Starz hit series ‘Power Book I: Ghost.’