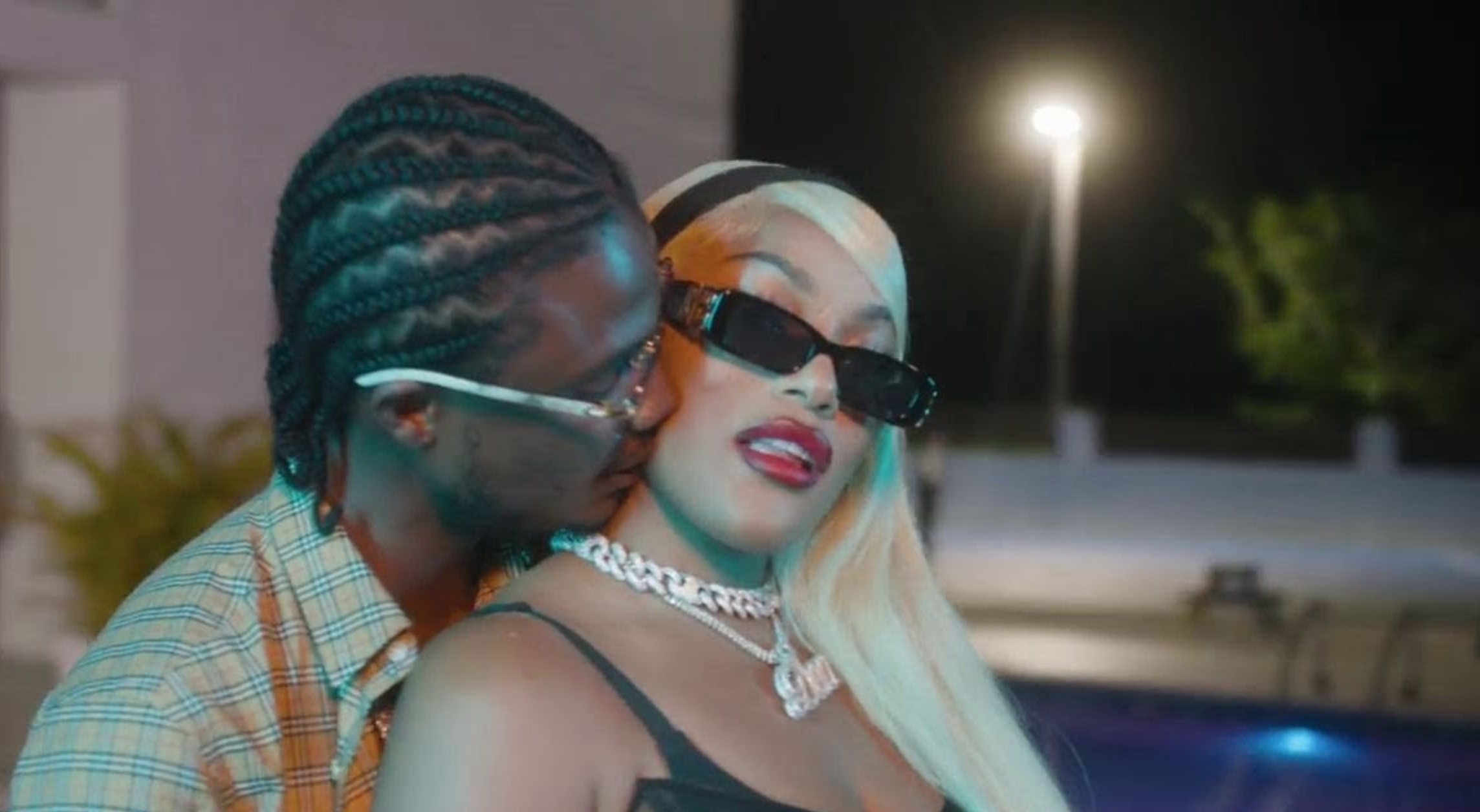 Dancehall artistes Masicka and Steflon Don have released their music video for their song off the deejay’s 438 album, entitled “Moments” which finds the entertainers singing about breaking up and making up. The music video was directed by AKA.RUPPI, and features an organized concept that communicates the theme of the song visually to the viewers.

To start off the music video, Masicka can be seen pulling up to the door of a mansion and seeing a message stating “Hi” which later leads to other messages once he enters the building which can be seen as a ploy by his lover to get them to make up.

Once the deejay follows the messages, it is seen in the video where he then goes to the balcony of the house where he sees Steflon Don dressed in a full black stripper suit while the “1Syde” boss came prepared for her clothed in all Burberry.

The video has another scene as well which shows the two artistes in a small cabin in different clothes and enacting the lyrics of the song. In that scene, Masicka was dressed in a matching painted shirt and pants while Steflon Don was clothed in along floral dress.

Both artistes were very interactive in the video as well as they could be seen dancing with each other throughout most of it.

Watch the official music video for Masicka and Steflon Don’s “Moments” below.