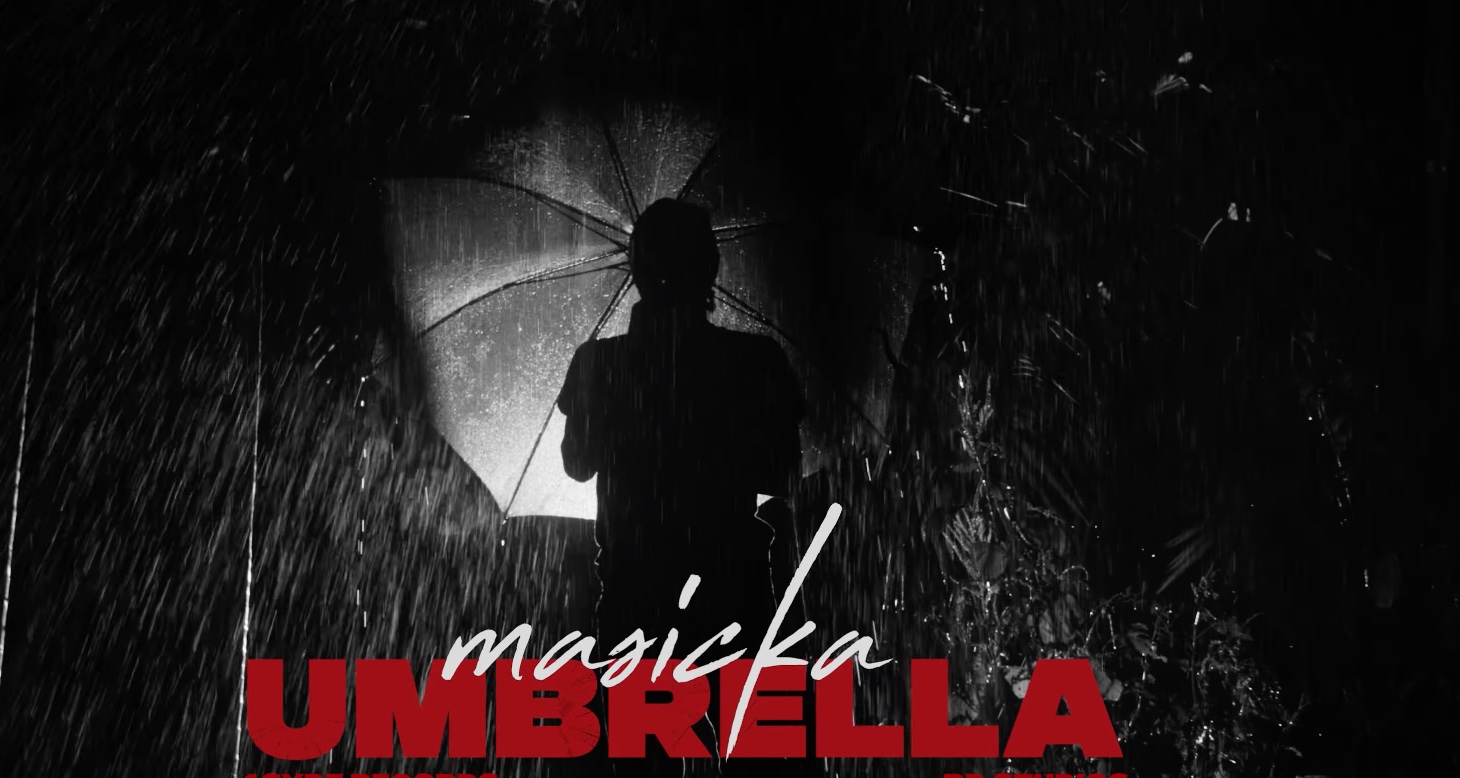 Masicka says he was born to win in his newest track, Umbrella, which was released earlier today. While maintaining a steady flow on the beat, Masick drops bars about squeezing the “matic” and reaching the highest point of success as he stands in the middle of a downpour with an umbrella filled with holes.

The music video, a production of 1syderecords, maintains a black and white colour throughout the song. The scenes feature shots of opened umbrellas, a crocodile, and a cow’s head while Masicka deejays with a smooth flow in the rain. “Weh mi do; mi charge di Matic, cyah do traffic, mi parro,” he begins. He adds that he tops all the charts and deejays about the impact of the wrecking balls loaded inside his clip.

“Watch ee cloud buss; showers a joy, showers a blessing. Turn man, from a bwoy mi learn mi lesson,” he continues. Additionally, Masicka seemingly took a shot at his rivals by saying, “Compare mi to who? It upsetting. Put a milli pan a silly head and mek a croc wet him.”