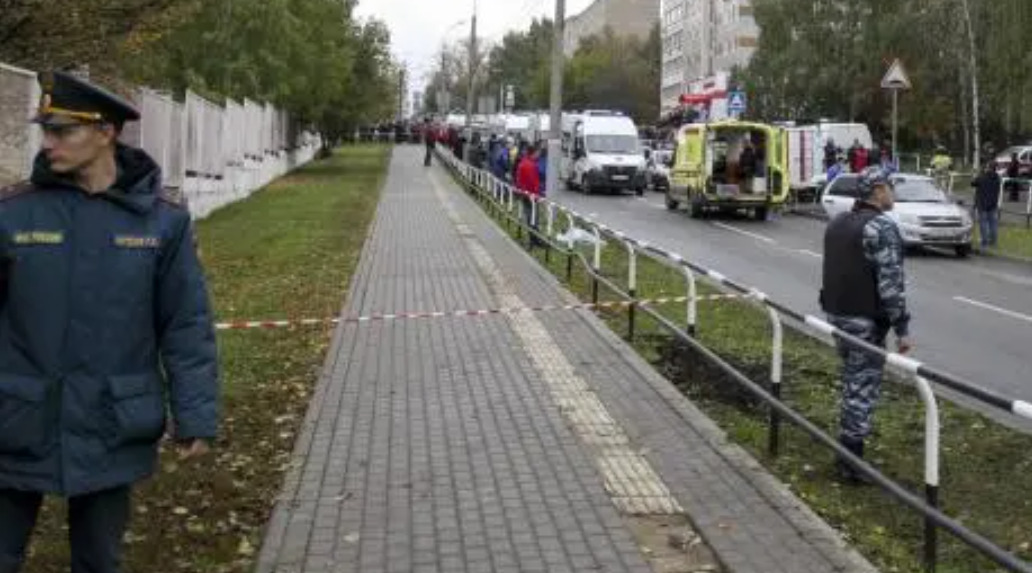 On Monday, a gunman opened gunfire at school No. 88 in Izhevsk, Russia. Fifteen people were killed, while 24 were wounded during the assault, as reported by the authorities.

The shooting occurred in central Russia in Izhevsk (a city 960 kilometres [600 miles]) east of Moscow, the country’s capital in the Udmurtia region. This city is home to a population of 640,000 and is located west of the Ural mountains.

Artyom Kazantsev, a 34-year-old graduate of the school was identified by the Investigative Committee of Russia as the attacker. According to them, he was attired in a black t-shirt that bore the “Nazi symbols.” No information has been released relating to Kasantsev’s motive.

As a result of the attack, the Committee confirmed that a total of 15 people were killed, 11 of which were children. Another 24 persons (22 of them children) were injured.

Alexander Brechalov, the governor of Udmurtia, stated that the gunman who claimed to be a patient at a psychiatric facility committed suicide following the shooting.

The incident was described as “a terrorist attack” by Dmitry Peskov, Kremlin spokesman, who also mentioned that the necessary orders were issued to all the related authorities by Vladimir Putin, Russia’s President.

In speaking to reporters on Monday, Peskov said, “President Putin deeply mourns deaths of people and children in the school, where a terrorist act took place.”

More so, the governor declared that the school, which provides education for children between the ages of one and eleven, has been depopulated and the surrounding area sealed off.

The Russian National Guard said that Kazantsev employed the use of non-lethal handguns that were modified to fire real bullets and that the weapons were not registered with law enforcement. An investigation is currently underway with the charges of illegal possesion of firearms and multiple murders.

RELATED: Russia Controls 20% Of Ukraine In The First 100 Days Of The War

RELATED: Putin Warns Countries Again Not To Interfere In Russia’s Invasion Of Ukraine