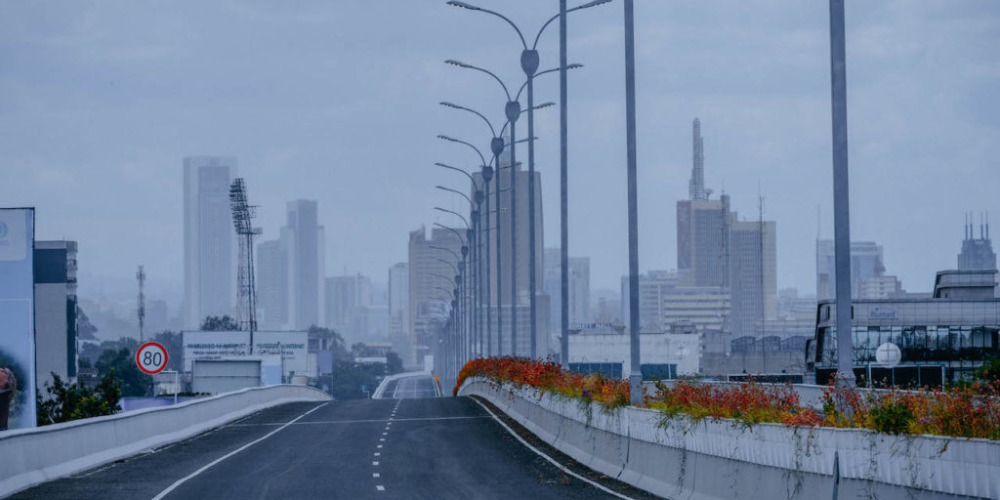 In a statement on Wednesday, Macharia said the government will Install rumble strips to curb accidents that have been witnessed on the roads.

“We temporarily restrict commercial passenger vehicles with a capacity of more than seven passengers from using the Nairobi expressway,” he said.

He said this will take effect immediately as they investigate the cause of accidents and develop appropriate safety measures.

“Every life matters and the government is keen to avoid unnecessary injuries and loss of lives. This restriction takes effect immediately, ” he said.

“This is to warn drivers to slow down as they approach the various toll gates,” he said.

“Enforcement of speed limits. The maximum speed limit on all public roads in Kenya is 110km/h”

Macharia said speed cameras have also been introduced in the expressway to curb speeding.

He said the Nairobi Expressway is clearly marked with the speed limits that are applicable to its various sections.

“All motorists are required by law to adhere to the stipulated speed limits. We have installed speed cameras to enhance the enforcement of speed limits,” he said.

Macharia said traffic police will also be stationed at various locations along the expressway including toll stations.

This follows recent accidents involving the matatus on the highway.

On Monday, over 20 people sustained injuries following a road accident at the Nairobi Expressway, Mlolongo station.

The accident involved an Embasava Sacco bus which is said to have rammed into a private vehicle, Prado TX, at the Mlolongo exit.

The victims were all occupants of the bus that was moving from Nairobi to Kitengela during the incident.

This comes a week after another accident occurred at the same station leaving one dead.

CCTV footage of an accident at the expressway toll station at Mlolongo,…