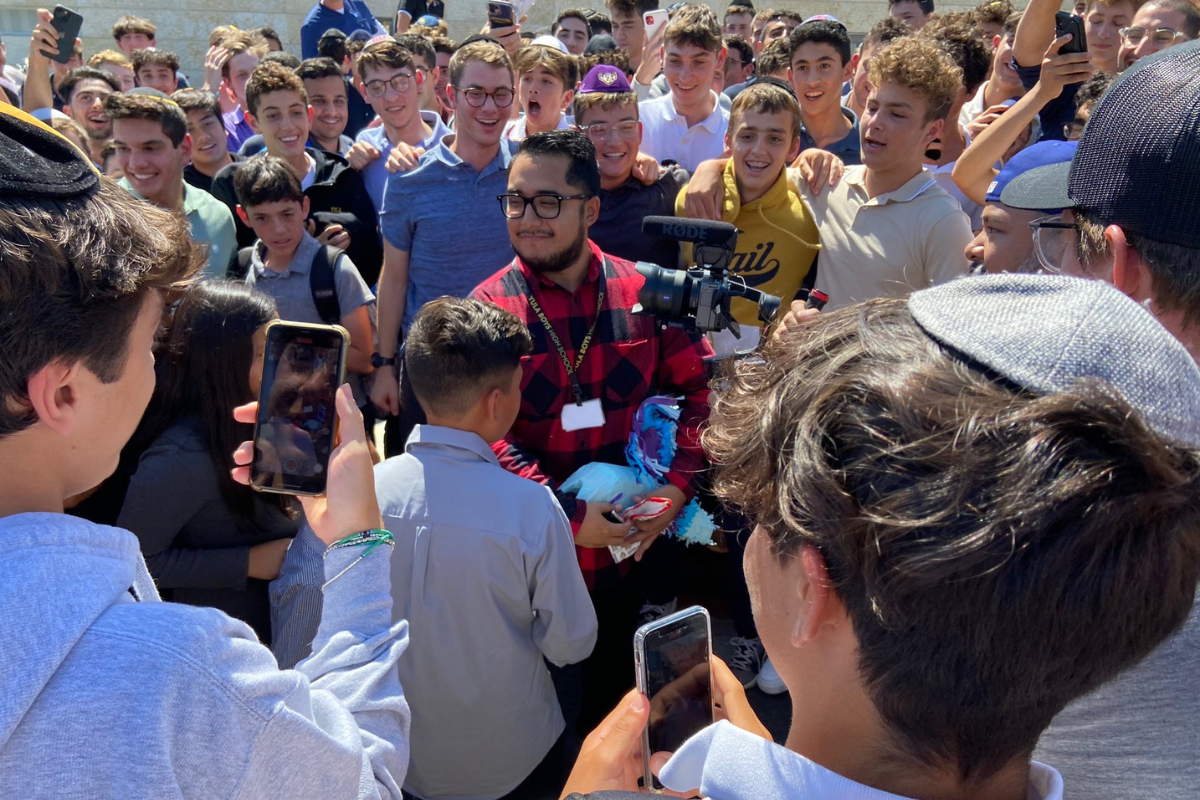 Math Teacher Receives A $30,000 Gift From His Students

A math teacher at YULA Boys High School in Los Angeles, California received a huge surprise from his students after they held a secret fundraiser over the summer and partnered with community-driven organizations to match donations.

His Four-Hour Commute To Work

It all started when Joshua Gerendash, a student of Julio Castro, noticed that he was surfing the internet looking for reliable transportation for about $1,500 since he had a four-hour commute getting to work by bus and scooter, according to The Los Angeles Times.

His commute included waking up at 4:30am, taking a scooter seven miles to a bus station then taking a 90-minute bus ride to Century City, and finally traveling a mile to campus. Castro knew his students were aware of his situation, but never thought they would do something about it.

I made the best out of it. I always told them: When life doesn’t go your way, what do you do? Don’t cry about it. Don’t whine about it. Just be grateful for what you already have, and then move on. And one day some good things will happen.

How His Students Set Up This Whole Charade

When Castro pulled up to the school late for a faulty-appreciation assembly, he had no clue what was in store for him. The entire assembly was a set up! Students honored him by sharing video testimonials, a confetti procession, and to his surprise — A CAR!

High school students at Yula Boys School in LA surprised their teacher with a car today. They spent the summer raising over $13,000 and orchestrated an elaborate reveal today on campus. Vibe is unreal, the students were freaking out all afternoon. pic.twitter.com/YVcVwqiMjk

The students gifted him with a dark blue 2019 Mazada with only 30,000 miles and were able to collect enough money to give him one year of donated insurance and gas to thank the teacher for always going the extra mile.

Yet Another Generous Gesture!

However, this isn’t the first time the students of YULA Boys High School went above and beyond for a teacher. Just last year,…