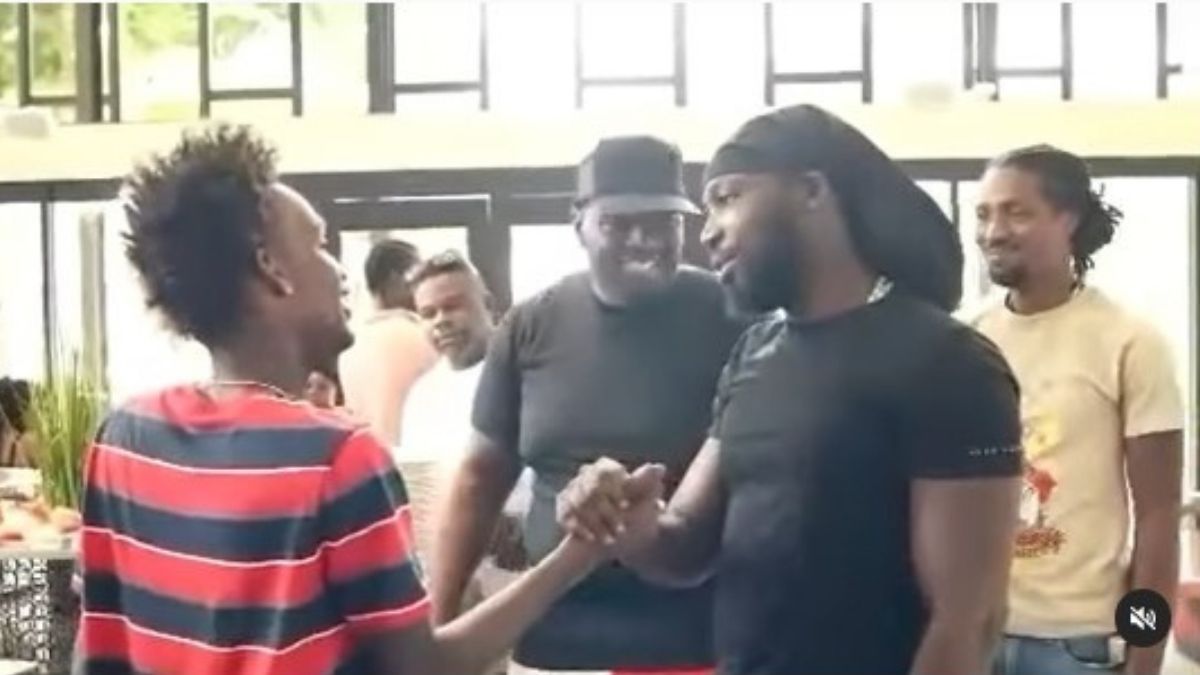 Kevon ‘Skeng’ Douglas, the self-proclaimed “Beast” of his era, has earned the stamp of approval from dancehall veteran Mavado. As they exchanged a firm handshake in Trinidad, Mavado credited Skeng for his hard work and accomplishments. A clip showing the “Gully God” artiste praising Skeng was shared on Instagram account hours ago, leaving a few fans to speculate about a possible collaboration.

In the video, he is heard telling Skeng, “Mi love how yah deal wid it enuh, dawg,” and Skeng said, “Mi and yuh ago wull a reason enuh.”

Below the video, in the caption, “Trinidad mad rass later ??????@mavadogully x @skeng.don #mavado #skengdon #gullyside #rattygang #trinidad #dancehall #music #2022.” While some fans were applauding the unity, others were more focused on the possibility of a future collaboration between Skeng and Mavado.

Meanwhile, Skeng has indicated his very first EP is in the making, while he proclaimed himself to be the “Beast” of his era two days ago. Fans are also anticipating the release of his new collaboration with Tommy Lee Sparta, which is the sequel to their hit song Protocol. No release date for the sequel was announced.

RELATED: Skeng Says He is The “Beast” of His Era

RELATED: Boom Boom Hopes That Mavado Returns To Jamaica In Time To Host His Birthday Celebration