BREAKING NEWS
GMT-4 04:51
Home Black Global Mavado Shows Us Who Has The Key To His Heart, Daughter Daisy – YARDHYPE 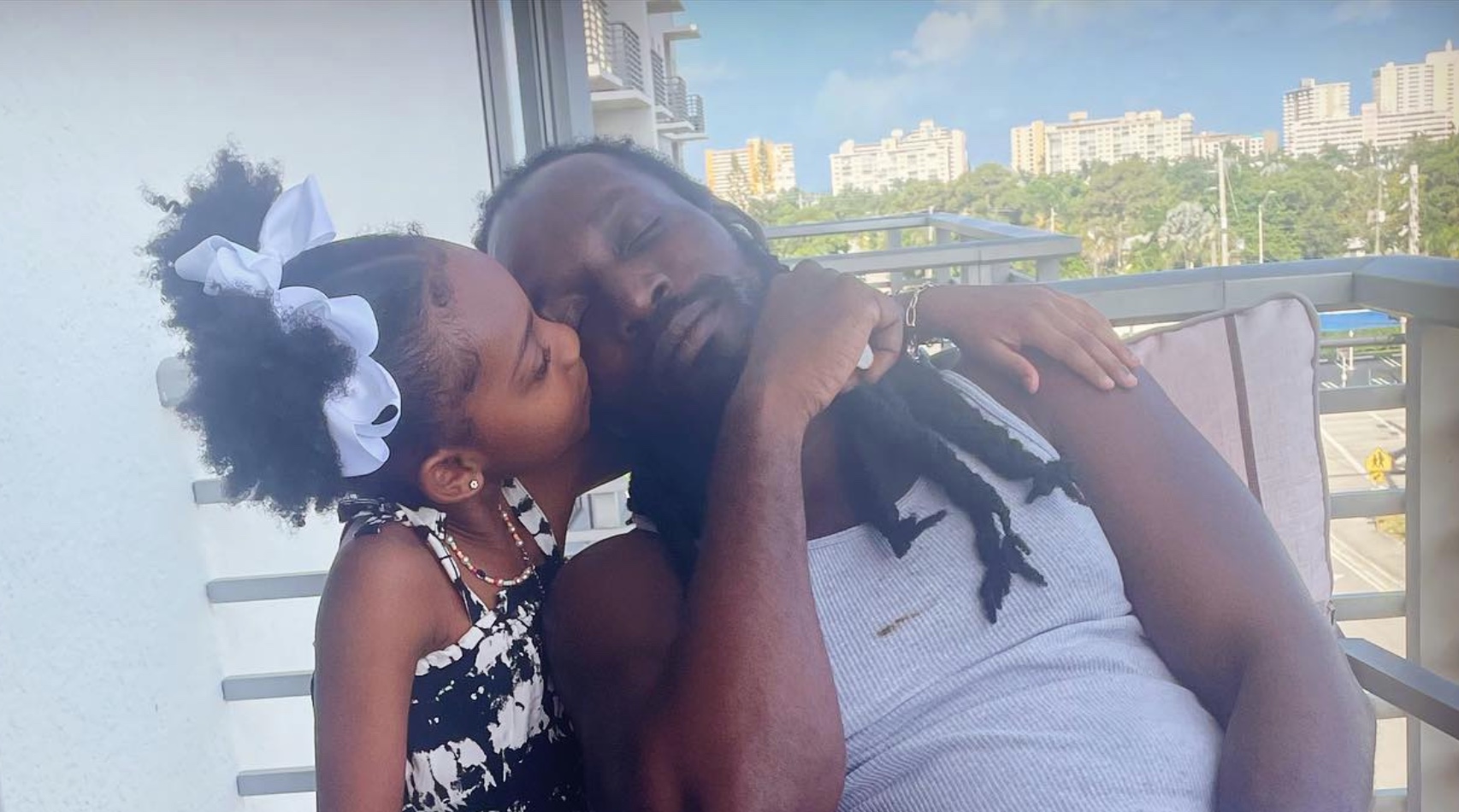 Mavado Shows Us Who Has The Key To His Heart, Daughter Daisy – YARDHYPE

Renowned Dancehall artiste Mavado, the birth name David Brooks, recently made an Instagram Post with two pictures of him and his youngest daughter Daisy. In the first picture, the singjay can be seen sitting in a chair while his daughter pulls him towards her, an arm around his shoulder, in order to kiss him on the cheek.

The second picture captures Mavado looking towards the camera with a big smile on his face while Daisy looks on in his direction with a smile and a raised hand.

The post was captioned, “Daisy ????”, stating that his daughter is or has the key to his heart.

Mavado has made multiple posts with Daisy over the years as well as his other kids. He has five children, two girls Daisy and Danielle, and three boys Vuitton, Gavyn, and Dante.

The entertainer had his three older children before marrying his wife Monique McKenzie in 2012 and having his two youngest kids, Vuitton and Daisy. It can be seen that he is extremely proud of his children and loves them very much.

The fans in the comments certainly take note of this and flood the comment section with heart and heart-eye emojis to show their support for his fatherly love.

RELATED: Mavado Sued For Over $500,000 USD By Ugandan Promoter

RELATED: Mavado Reacts To News Of Ex-Cop Being Freed After Shooting School Girl In The Head