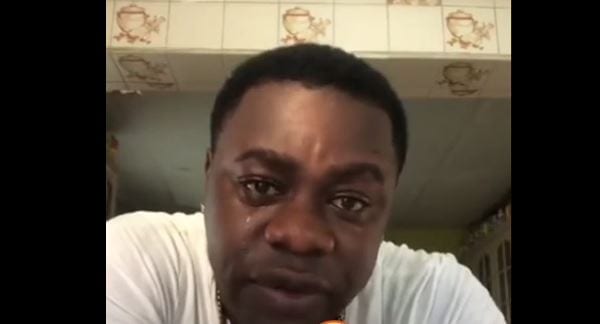 The era of the dancehall veterans has gone as a new day dawns for the younger generation, this is the voice of several Jamaicans including a few entertainers who believe veterans should be guiding and supporting youths breaking into the industry.

This indication that was previously made by dancehall icon Vybz Kartel is now being voiced by popular dancer-turn-DJ MC Nuffy who credited DJ Khaled for endorsing Shane O and offered advice on the Jamaican musical talents he works with.

MC Nuffy shared his views on Instagram under a repost of Music Mogul DJ Khaled vibing to Shane O’s ‘Dark Room’ single as Shane O sings to the track. “Yes @djkhaled the youths are the future respect to the older artist but am tyad to see you always going back to Jamaica still voicing them alone,” MC Nuffy said under the post.

He continued by tagging reggae singers Buju Banton and Capleton, who are among the list of features on Khaled’s unreleased ‘Anthems’ album, as he added that they and all the other veterans have already had their time.

“Wat else they can do again to change the game?” he asked.

Hailing Shane O as “one of the best writer and entertainer”, Nuffy credited his talent and expressed the happiness he felt for the young artiste.

“I watch you onstage at @grunggaadzilla birthday and @popcaanmusic them ova look you onstage but look at you now @djkhaled giving you the shine of your life @offsetyrn jus do the remix with @iamcardib am happy for this young man @heavyd_promotions,” he stated.

He went on to say that he wishes more entertainers would step forward to assist the younger stars with their musical careers, and even called out reggae singer Beres Hammond for not doing enough.

“I wish my Jamaican entertainer who on top help out more and change there ways in music @bereshammond please do more for the younger youths in music some going to vex but the truth hurt,” he concluded adding a teary-eyed emoji.

While many persons agreed with the views he shared, there was one person who did not share the same perspective and pointed out that he was forgetting that the selective…