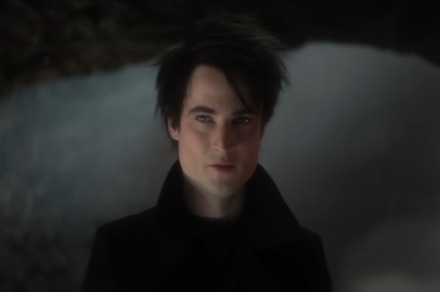 Meet the King of Dreams in The Sandman’s new featurette

It would not be inaccurate to say that The Sandman is one of the most popular comics that DC has ever published. And yet the leading character, Dream, is largely unknown to the general public. Superman, Batman, and Wonder Woman don’t have the same issue, since they’ve been properly adapted many times over. But Netflix’s upcoming take on The Sandman is the first time that it has ever been brought into the realm of live action. Fortunately, there’s a new featurette video that offers a crash course on who and what Dream is.

Netflix very wisely enlisted Neil Gaiman to take a large role in the series as the co-showrunner and executive producer. He wrote and co-created The Sandman comic when it ran from 1989 to 1996. Suffice to say, no one knows these characters better than Gaiman. He’s the one who came up with the idea for The Endless: seven siblings who embody the powerful concepts of Dream, Death, Destruction, Despair, Desire, Delirium, and Destiny. While Death (Kirby Howell-Baptiste), Despair (Donna Preston), and Desire (Mason Alexander Park) will appear this season, the focus of the show is squarely on Dream (Tom Sturridge).

As seen in the video above, Dream had the misfortune of falling into the custody of Sir Roderick Burgess (Charles Dance), an occultist who wanted to capture and bind Death herself. Instead, he got Dream. In his weakened state, Dream was stripped of his vestments of power: The Helmet of Dreams, the Dreamstone, and the sand pouch.

The first season will chronicle Dream’s escape and his attempt to reclaim his lost objects. And when we say he’ll follow them to Hell, that is not an exaggeration. Gwendoline Christie is playing the ruler of Hell, Lucifer Morningstar, and she has a longstanding grudge against the Lord of Dreams and Nightmares. But she’s far from the only adversary that Dream will face along the way.

The Sandman will premiere on Netflix on Friday, August 5.