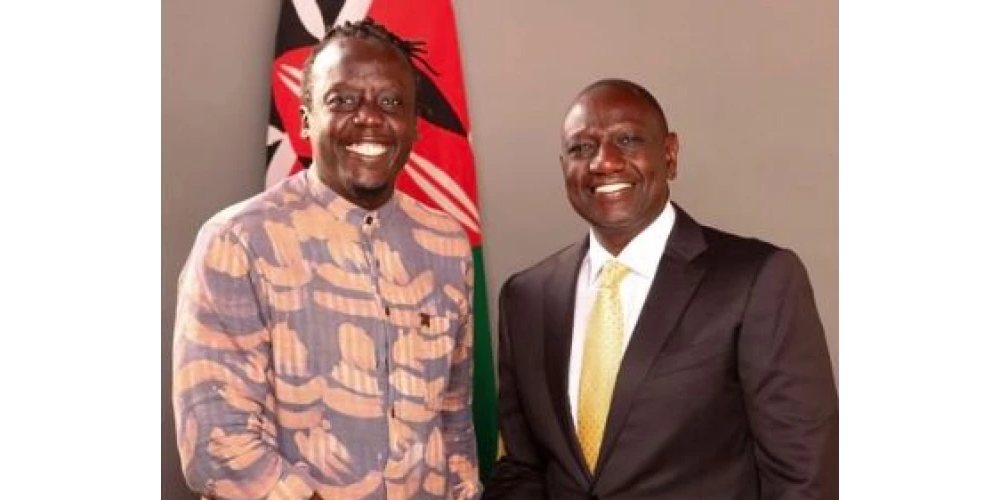 Thirty-five year-old South Sudanese photographer Emmanuel Jambo was the man behind the lens when President William Ruto posed for his official presidential portrait before officially assuming office on September 13, 2022.

Having taken photographs of other renowned world leaders such as former US President Barack Obama and his South Sudanese counterpart Salva Kiir before, the renowned photographer, who has done shoots for global brands such as National Geographic and Forbes Africa, says that he was up to the task when Ruto walked in for the photo session.

“He came in good spirits, laughing and smiling the whole time. In less than 25 minutes, we were done,” Emmanuel said in an interview on Nation FM.

“When we received him, we had a light moment about my dreadlocks. I joked that I had a pair of scissors in my pocket and asked if he wanted to cut my hair. Then he started laughing,” he said.

What many don’t know is that Jambo first crossed paths with Ruto when he captured his official portrait, on print, when the now head-of-state was on his way to becoming former President Uhuru Kenyatta’s deputy.

“The opportunity is very humbling; I feel blessed and honoured. I met President Ruto through President Uhuru in the beginning of their campaign for the 2013 election. Both of them are easy to work with,” he said.

“It feels good to walk into establishments, look at the photo and realise that is my work,” he said.

Jambo, who moved to Kenya in 2007, was later offered a job as Uhuru’s official photographer in the former president’s first term in office, a position he held briefly before resigning to focus on travel, fashion and editorial photography.

“It is a demanding and time-consuming job. However, I still worked with State House to take photos for important events and functions such as the family Christmas portrait,” he said.

Jambo, who boasts of having 28,000 followers on Instagram, has also been a wedding photographer for the past 13 years but he only takes up such jobs on the condition that he can interview the couple prior to committing to any project.

“As a photographer, you will end…