BREAKING NEWS
GMT-4 02:50
Home Politics Melania Trump Claims That She Didn’t Know The Capitol Was Under Attack On 1/6 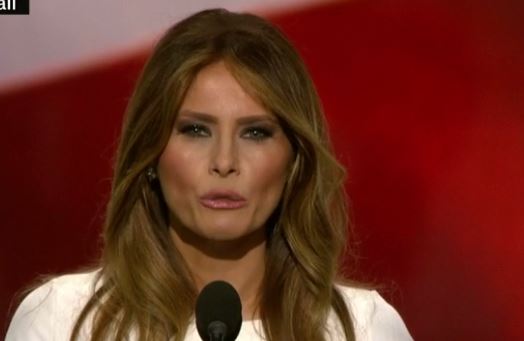 Melania Trump claimed that she didn’t denounce the violence on 1/6 because she wasn’t properly informed that the Capitol was under attack.

Trump was interviewed by Fox News:

“On January 6, 2021, I was fulfilling one of my duties as First Lady of the United States of America, and accordingly, I was unaware of what was simultaneously transpiring at the U.S. Capitol Building,” Trump told Fox News Digital.

“As with all First Ladies who preceded me, it was my obligation to record the contents of the White House’s historic rooms, including taking archival photographs of all the renovations. Several months in advance, I organized a qualified team of photographers, archivists, and designers to work with me in the White House to ensure perfect execution,” she continued. “As required, we scheduled January 6, 2021, to complete the work on behalf of our Nation.”

Melania Trump wants the nation to believe that she was off in some corner of the White House where there are no phones and no cell service doing inventory, so she was completely in the dark that the nation was under attack on 1/6.

Nobody bothered to tell her and left Melania Trump alone to do inventory.

Mrs. Trump hated the White House. She hated being First Lady, and she was rarely there.

Her former Chief of Staff, Stephanie Grisham had said that Trump was doing a photo shoot, and when she was asked to put out a statement condemning the violence, she refused to do it.

Melania Trump spent most of her time as a first lady not being in DC and ripping off Michelle Obama, but on 1/6, she was so wrapped up in her work that she didn’t notice her husband’s supporters attacking the Capitol.

Trump didn’t condemn the violence because she didn’t care. She wasn’t trying to stop her husband as people died because the violence was the plan.