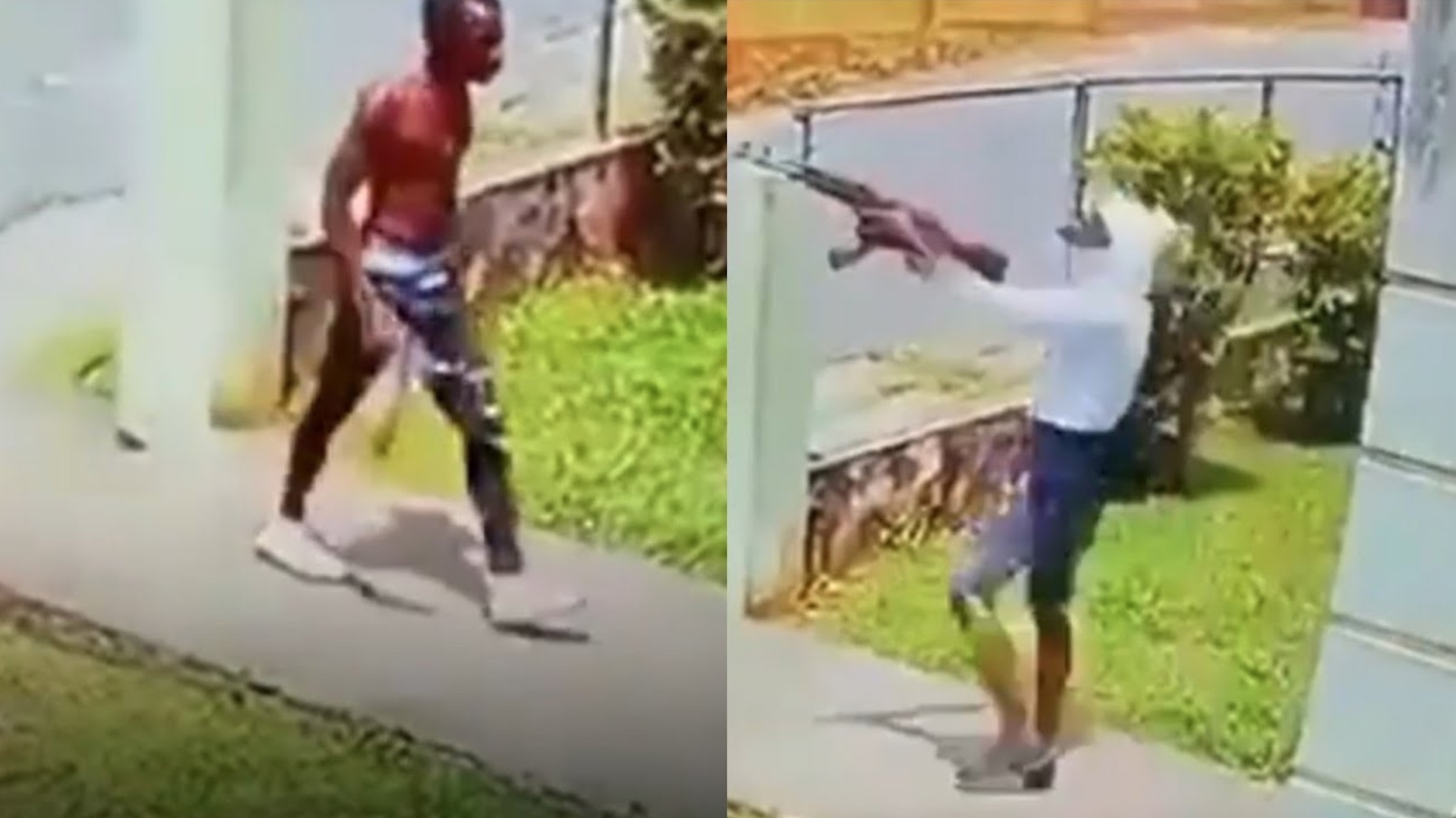 Multiple video clips of five heavily armed men being chased by a mentally challenged man who had a fake weapon has gone viral online. In one of the video clips, a car can be seen entering the premises of a PC bank establishment in Summer Hill, St. James.

Shortly after, 5 men appeared from the vechicle and accosted a female security guard who was at the entrance of the bank. Several of the men made their way into the building and began demanding money, even hiting the class that was separating them from the teller while doing so.

During the ordeal, a man appeared and challenged the robbers with an object that the robbers thought was a weapon. Several shots were fired in the approaching man’s direction, however, he was not phased and proceeded closer to the attackers with the object pointing at them. It was at this moment that all five men decided to abort the mission and flee the scene via the vehicle they had arrived in.

No one was seriously hurt as a result of the incident which took place on Saturday.

Acting head of the St James police, Superintendent Carlos Russell, has since stated that the shirtless man who challeneged the robbers is of unsound mind. “He is mentally unstable,” she stated, “It was a piece of hose he had in his hand.”

Watch the dramtic incident below.

RELATED: Police Robbed And Killed At Bar In Westmoreland

RELATED: Gunmen Rob Over $20 Million From Security Vehicle In Kingston