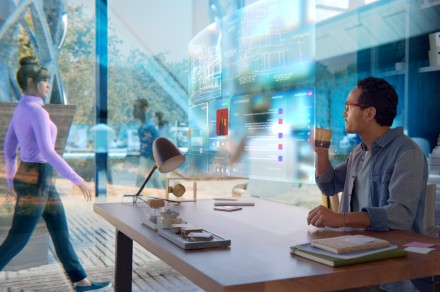 Meta expects a billion people in the metaverse by 2030

Meta believes that a billion people will be participating in the metaverse within the next decade, despite the concept feeling very nebulous at the moment.

CEO Mark Zuckerberg spoke with CNBC’s Jim Cramer on a recent broadcast of Mad Money and went on to say that purchases of metaverse digital content would bring in hundreds of billions of dollars for the company by 2030. This would quickly reverse the growing deficit of Meta’s Reality Labs, which has already invested billions into researching and developing VR and AR hardware and software.

Currently, this sounds like a stretch given that only a small percentage of the population owns virtual reality hardware and few dedicated augmented reality devices have been released from major manufacturers. Apple and Google have each developed AR solutions for smartphones and Meta has admitted that the metaverse won’t require special hardware in order to access it.

Any modern computer, tablet, or smartphone has sufficient performance to display virtual content, however, the fully immersive experience is available only when wearing a head-mounted display, whether that takes the form of a VR headset or AR glasses.

According to Cramer, Meta is not taking a cut from creators initially, while planning to continue to invest heavily into hardware and software infrastructure for the metaverse. Meta realizes it can’t build an entire world by itself and needs the innovation of creators and the draw of influencers to make the platform take off in the way Facebook and Instagram have.

Zuckerberg explained that Meta’s playbook has always been to build services that fill a need and grow the platform to a billion or more users before monetizing it. That means the next 5 to 10 years might be a rare opportunity for businesses and consumers to take advantage of a low-cost metaverse experience before Meta begins to demand a share. Just as Facebook was once ad-free, the early metaverse might be blissfully clear from distractions.

This isn’t exclusively Meta’s strategy, but the growth method employed by most internet-based companies. Focusing on growth first and money…