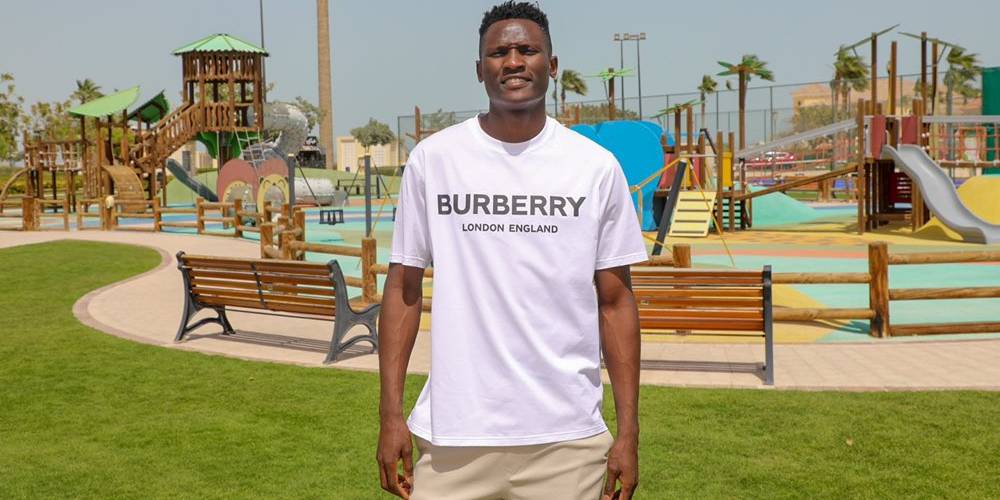 The Kenyan football ace is currently in the country as the football season in Qatar where he plays for Al-Duhail came to an end.

Olunga shared photos of his village home in a Facebook post. The home features a wall fence, cabro a paved driveway and lavish houses which could only be seen from afar.

Olunga built his parents a lavish house as well. The Harambee stars striker shared photos of his parent’s house in a post on social media back in 2018.

The 28-year-old Harambee stars striker is the second highest-earning footballer in Kenya taking home a weekly salary of Ksh7.5 million.

Olunga made headlines while playing for For Kenyan football giants Gor Mahia. His success at K’Ogallo saw Swedish side Djugardens sign him in 2016.

He made only 27 appearances for Djugardens scoring 12 times. Chinese club Ghuizhou Zhicheng signed him after only one season in Sweden.

The Kenyan football ace only made 9 appearances for Ghuizhou Zhicheng scoring 2 goals before he was loaned to Spanish side Girona FC where he made 14 appearances scoring 3 goals.

In 2018, the Chinese club sold the Harambee Stars striker to Kashiwa Reysol for an undisclosed fee. Olunga’s star only shined brighter in Japan where he scored 58 goals in 72 appearances.