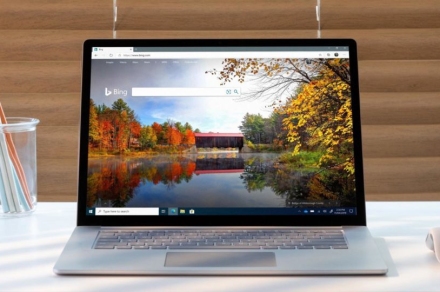 The Microsoft Edge browser is now even more optimized and has a bit higher performance on Windows. That’s thanks to changes in version 102 of the browser, which can now automatically compress disk caches.

Microsoft talked about this in a technical post, explaining that its overall goal is to “deliver the best performing browser possible on Windows and other platforms.” In what seems like a shot at Google Chrome, Microsoft also mentioned that they’re aware that when a web browser consumed too many resources, the system can be slowed down. That’s where disk caching comes into play.

For those unfamiliar, in relation to web browsers, the cache is where resources are stored so web pages can load faster. With disk caching in Edge, Microsoft believes that the larger the cache of the browser, the bigger the chance the browser will fetch it from the disk to load the web page quicker.

Typically the larger the cache gets, the more disk space will get consumed, which can be problematic on devices with smaller solid-state drives or hard drives. Regular browsers will then moderate the cache based on available space.

Microsoft Edge addresses this in new ways by tweaking disk caching to minimize disk usage by using compression technology. It believes the content in the cache is often highly compressible anyway, still resulting in requested resources being fetched from the disk. So in Edge 102, Microsoft Edge automatically compresses disk caches on devices that meet eligibility checks.

This is just one way that Microsoft Edge is being optimized for Windows. With the browser being integrated across many areas of the operating system, Microsoft is able to add features like efficiency mode, which extends battery life by reducing CPU usage on inactive tabs. Microsoft Edge also has a feature known as sleeping tabs, which can put inactive tabs to sleep to save resources.

Features like this could be just one reason that Microsoft Edge is becoming more popular. It recently surpassed Mozilla…