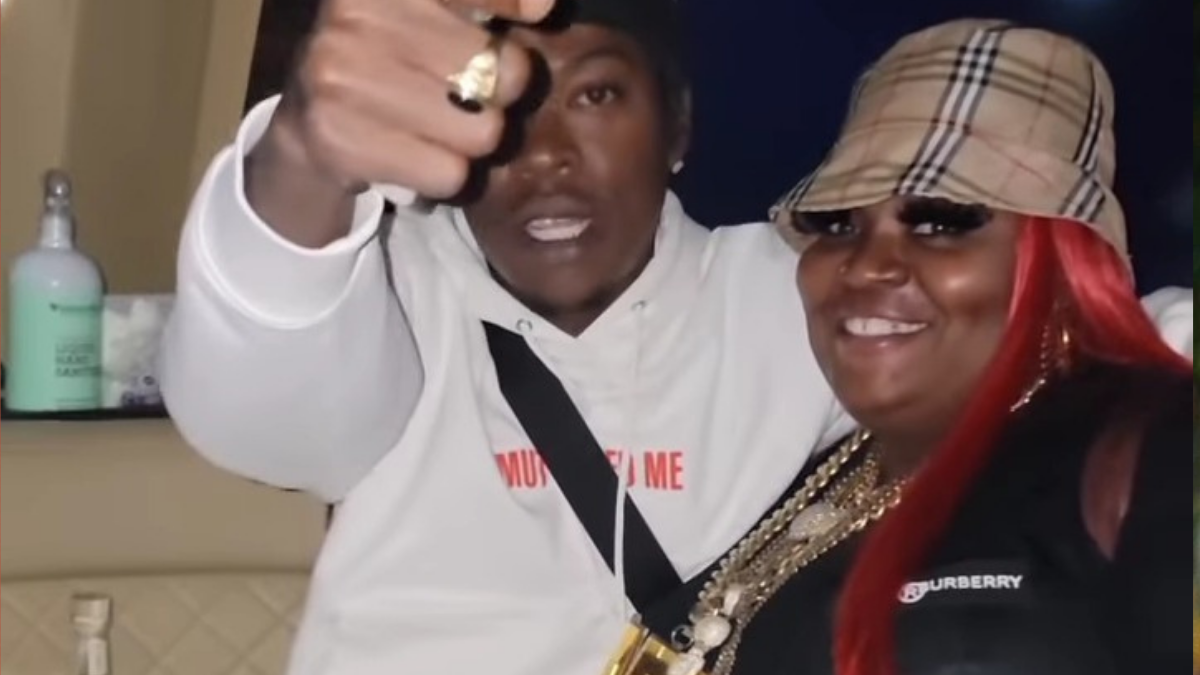 The fast-spreading rumours of Skillibeng being boxed and bottled due to being uncooperative at an event in Hartford, Connecticut is being firmly shut down by the Mineral Boss producer, who sent a message to the man who released the allegations.

Mineral Boss, given name Tawanna Jones, kicked off the Instagram Livestream with a question, directed to the DJ who was seeking “fame” with his allegations, saying, “which batty bwoy cudda lick Skillibeng and MBR deh deh?”

According to the allegations made, Skillibeng arrived at the event at 10:00 pm, but Jones stated the singer was at the venue by 9:45 pm. The allegations also mentioned that the singer was to be at a radio station the day before the show, however, the contract is said to include details that the entertainer would not be doing any of that.

A female by the name of Kimmy joined the Livestream also attesting that no hands were raised at the “Crocodile Teeth” singer. Mineral Boss and the female both agreed that the only person who was slapped that night at the event was Trooper Fire.

Posing the question if everyone was “stupid” to believe the rumours, Kimmy stressed that the entertainer had a lot of American bodyguards who would not take that level of disrespect lightly.

Sending a message, Mineral Boss warned that nobody should mess with her “bloodclaath brand”.

A few hours after this video was released, the SMB promotor, who announced himself to be Steppa, shared a video addressing the rumours. One of the rumours he came across is that the singer did not get paid, but Steppa stated Skillibeng was paid five days before the event.

He also clarified that no one “violate” Skillibeng so he was unaware of any such conflicts. He stressed that he and his team went the extra mile to ensure the entertainer got the work permit in order to perform as he did not have the necessary documents.

Expressing his respect towards Mineral Boss, he explained that Skilli had the remix to do with French Montana in New York which he and his road manager…