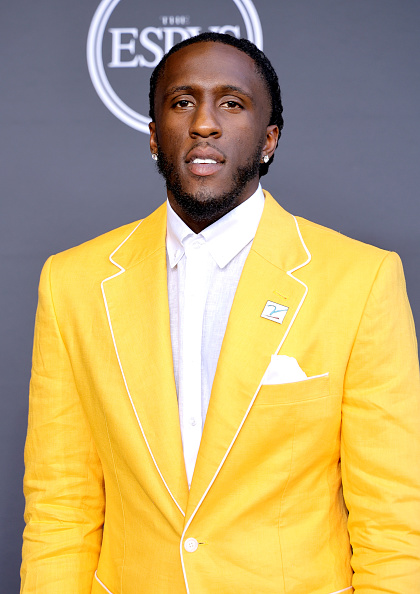 Got ’em! Minnesota Timberwolves forward Tauren Prince was arrested in Miami this week for a fugitive warrant stemming from a traffic stop back in May.

According to authorities, Prince was stopped in Dallas due to an expired registration and police reportedly found two handguns, a THC vape pen and a container of marijuana inside the vehicle. Prince was charged with unlawful carrying of a weapon, possession of marijuana and possession of a controlled substance.

After nearly three months, police issued a warrant for the NBA star’s arrest after test results found that the vape pen contained 1/100th of an ounce of THC. Taurean Prince was taken into custody at Miami International Airport on Thursday night.

Apparently in the last week and a half they issued a warrant for his arrest because they recovered 1/100th of an ounce of THC, which is probably the smallest amount you can have.”

The warrant is from Texas regarding “dangerous drugs,” I’m told. pic.twitter.com/i7jtHyXDVu

The only reason we knew was because he was going out of the country for vacation. He was in the airport and his name came up showing that there was a warrant and they took him into custody.”

After Tauren’s arrest, Schaffer stated that the baller was the legal owner of the firearms found by authorities, and said the situation is “unnecessary and embarrassing,”

It should not have been handled in the manner that  it was, its totally unnecessary and embarrassing, but we predict that this case is going to be dismissed in due course.”