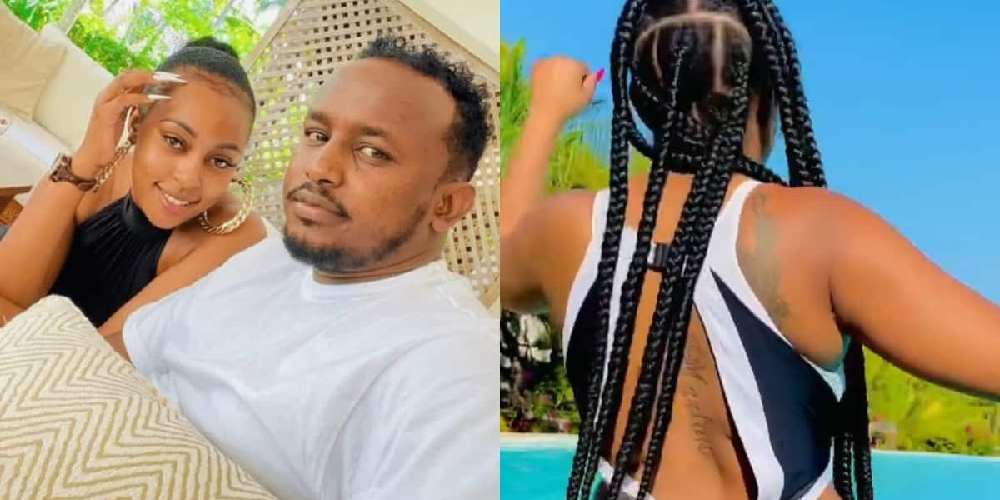 Miscarrying Jimals’ Child Was A Blessing In Disguise

Kenyan socialite Amber Ray has expressed her disappointment at how her ex Jimal behaved when he learned she was pregnant for him.

The mother of one says that after that is when he introduced his now ex-wife Amira.

“I even got pregnant for the guy and after that is when things came to light.

He post his wife and kids and I questioned it because he was allegedly going through a divorce. I went through a I prefer it went down that way. I do not think I have the strength to be a single mother.We couldn’t be together, it was wrong from the word go.”

What caused the miscarriage

“I was stressed and I was going through a lot.”

Amber Ray recently said things between her and the father to her son Gavin broke up and decided to go their separate ways.

” Things didn’t work out with Baba Gavin so I had to move back home to my mom’s house. I was depressed, hustling and all, and then a friend called me to vixen for a certain musicians video,” started off Amber.

It is at that time that she met her ex Zaheer.

She said she did not know he was married at the time vowing not to date married men again.

” He used to tag me to almost all his meetings and he’d introduce me to his friends as his wife, you know he was a politician so I’d meet all these high profile people and he’d still tell them I’m his wife.

He never hid me, he was so proud of me and mimi I knew side chicks get hidden,” Amber explained.

Noting that all these things are what made her love him even more and completely trust him.

On how she knew he was married, Amber said

” I was with him chilling in the house, he received a phone call and was like I’m leaving for a while, lock the door and if anyone knocks don’t open the door.’ Amber started off.

“So he left and a few minutes later I heard commotion outside and I realized it was the wife. She was outside with the baby and the baby was crying and the wife was screaming she was mad and that’s when I realized this man was married,” cried Amber.