BREAKING NEWS
GMT-4 12:51
Home Politics Mitch McConnell Is The One Person Responsible For Kids Still Being Shot In School 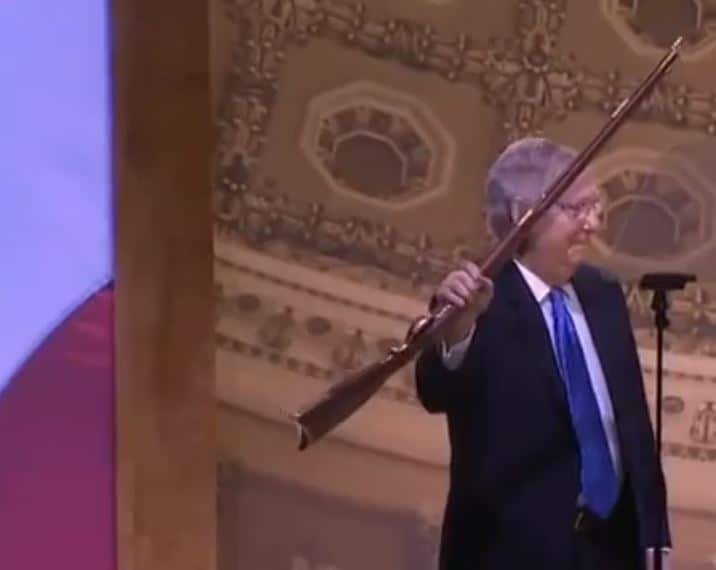 “If there’s any one individual in the United States to blame for our inability to put things in place to prevent gun violence, it’s Mitch McConnell,” said Peter Ambler, the executive director of Giffords, a group devoted to fighting gun violence. “McConnell understands he’s hostage to that extreme base that just doesn’t tolerate any departure from any of their views.”

Many Republicans say that McConnell is less a singular obstacle than a savvy leader who is able to his read his conference and make decisions that help his senators and protect them politically. “McConnell knows where his members stand and makes the tough calls to protect their interests,” a senior Republican aide said, explaining McConnell’s overall motivations in addressing gun violence and gun legislation.

Mitch McConnell Does Nothing After Mass Shootings

The Republican idea that McConnell is shielding his members from difficult votes doesn’t hold up when one considers that the Senator from Kentucky can get ten Republican votes from his caucus when he wants.

After Sandy Hook, McConnell led Republicans in obstructing action on guns. The story was the same after Parkland, Las Vegas, Orlando, El Paso, Pittsburgh, and Buffalo.

Mitch McConnell could make gun reform happen, but he is beholden to the NRA, so he does nothing.

Will Uvalde be different? Not unless McConnell sees gun reform as his path back to Senate Majority Leader.

Americans are demanding change, but it is Mitch McConnell more than any single political leader who is blocking that change from happening.

Mr. Easley is the managing editor. He is also a White House Press Pool and a Congressional correspondent for PoliticusUSA. Jason has a Bachelor’s Degree in Political Science. His graduate work focused on public policy, with a specialization…