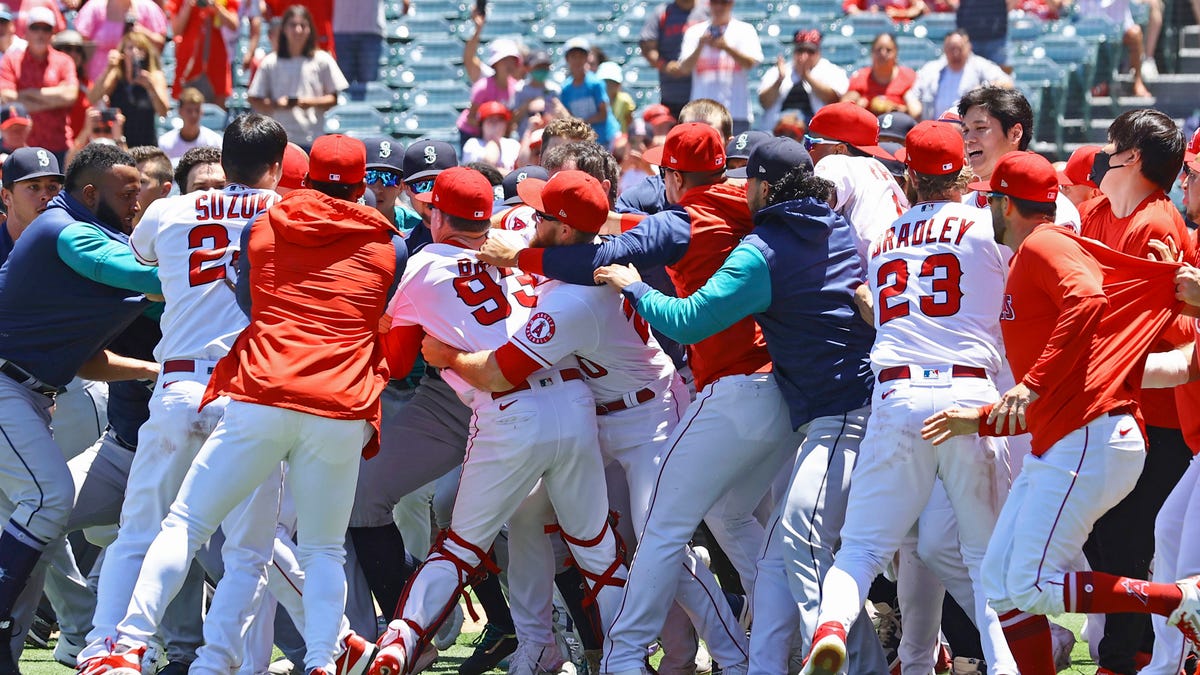 Has anyone checked on Amy Schumer?

The notoriously unfunny comedian that has a history of making headlines for putting her foot in her mouth instead of making people laugh, who once claimed she was “traumatized” because Will Smith slapped Chris Rock, is probably suffering from an immeasurable amount of stress after a total of 47 games worth of suspensions were handed down following the Los Angeles Angels and Seattle Mariners getting into an on-field fight over the weekend.

Unsurprisingly, Schumer hasn’t said anything — like most of White America — about the “melee” that led to eight being ejected. That’s because society only blinks when fights happen in sports that are majority Black. It gives them an opportunity to call Black people thugs, say we’re animalistic, discuss why we need more fathers in the home, and somehow find a way to connect everything back to “all the violence in Chicago.” When white players fight in white sports, it’s simply a “dust-up.” Shout out to Jack Del Rio.

When it seemed like Isaiah Stewart had to be held back by the entire roster of the Detroit Pistons, and everyone on staff, when he went after LeBron James last season for bloodying his eye, the highlights ran non-stop as the conversation continued on social media for days. Just months earlier, a documentary about the Malice at the Palace had been released. And here we were, 17 years later,with Black players in a Black league trying to fight each other involved with the same franchise — the Detroit Pistons — that plays in arguably the Blackest city in America.

“Too many players in this league whose actions and attitudes bespeak kind of a thug mentality,” said Bob Costas at the time about the Malice in the Palace. Keith Olbermann labeled players as “gangster wannabes.”

Look around, is anybody saying that about the Mariners or Angels?

For some reason, white players are the only ones that are allowed to let their competitive juices flow, especially in baseball, where all of their unwritten rules are just guidelines on how to play the…