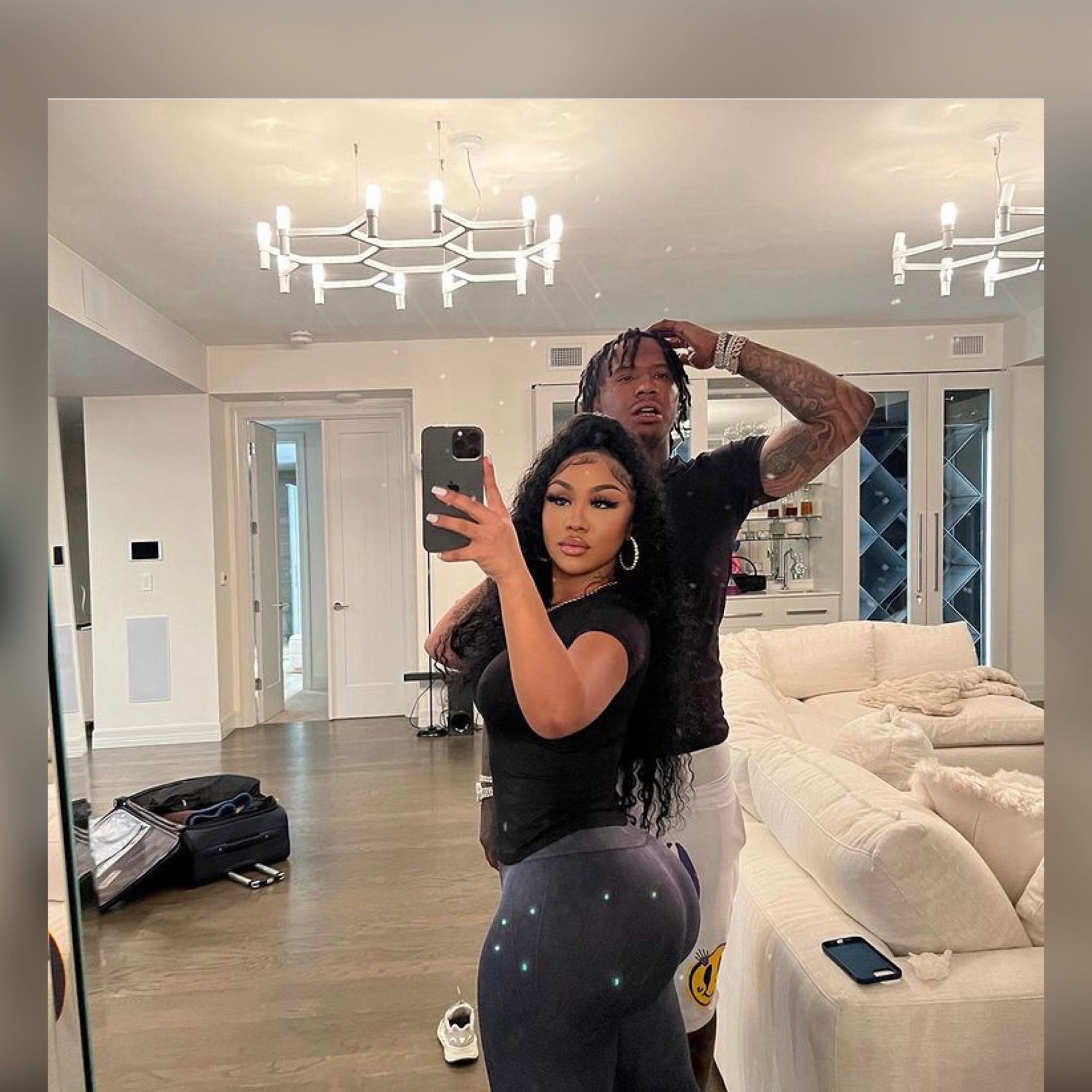 Moneybagg Yo Says His Love Life With Ari Fletcher Is Unbreakable

One thang about Ari Fletcher and Moneybagg Yo, they affirm their relationship through words.

On Friday, Moneybagg took to Twitter to let the world know the two have an unbreakable love.

Me and Ari love life unbreakable

He continued to say:

Speaking of the couple, they landed a spread with Paper magazine for Valentine’s Day, and the two decided to give us a glimpse of their love.

Dressed in lingerie, Ari was all smiles with her man of almost three years. From the hotel bedroom filled with balloons, rose petals, and bottles of champagne to the yacht, these two lovebirds shared private moments of their relationship.

The two also shared a private conversation between themselves. They discussed how they met, favorite gifts, and more.

Moneybagg shared a story on how he met Ari while she was shopping, but reached out later on to see if they could connect.

Oh, I saw her in the mall or somewhere shopping and there was just too much going on at the time so I felt like I couldn’t shoot my shot in that particular place, and then I got to reaching out to mutual friends, and people that we know and I was like ‘Hey, there’s a big party going on in Atlanta, make sure she’ll be there’ and stuff like that and I went there and they set it up for me and I went in that section, and the rest is history.

As you know, Ari and Moneybagg love giving one another top notch gifts. Just last year, Ari bought Moneybagg a Maybach as a birthday gift, and the next year she bought him land for his 30th birthday.

When speaking about his favorite gifts, he stated:

It was great actually, but I feel like the second birthday with you was even better. I liked the first one, it was fun and we were active, but the greatest gift was probably the second one. The Maybach and stuff was cool but the land (that I gave you) was better.