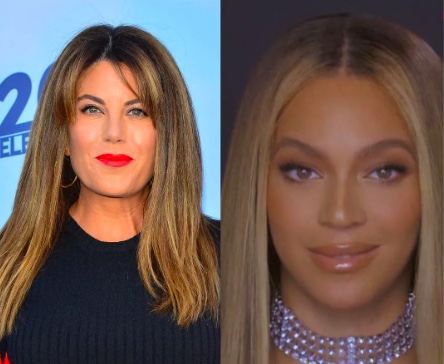 Oop! Monica Lewinsky is clapping back and responding to backlash after implying that Beyonce should change the lyrics to her 2013 song, ‘Partition.’ On Twitter, the former White House intern known for having an affair with former President Bill Clinton came for Bey after news broke she was changing her lyrics in ‘Heated.’

As we previously reported, Beyoncé changed her lyrics in response to backlash from disability campaigners who said the song had an ableist slur. The lyrics say, “Spazzin’ on that a*s, spazz on that a*s.” Although in African American Vernacular English (AAVE,) the word “spaz” is often used colloquially to describe “freaking out” or “going crazy,” it’s derived from the word “spastic,” which is considered demeaning to people with spastic cerebral palsy.

Monica used the attention to insert herself into the conversation by tweeting, “Uhmm, while we’re at it… #Partition Beyoncé to Remove Renaissance Lyric After Outrage: Ableist, Offensive – Variety.”

uhmm, while we’re at it… #Partition

Folks didn’t like Monica trying to have Bey change lyrics nine years later and immediately started to go in on her. One user questioned, “Have you reached out to Beyonce or her team before you saw all the heat? I am curious.” Monica advised, “No, I haven’t. I did mention it in the first vanity fair article I wrote in 2014… which was the first public thing I’d done in 10 years. But you make an interesting/fair point.”

Another wrote, “Okay, but you’re still only calling out Beyoncé to change her lyrics. No one else. Apparently, sticks and stones aren’t the only things that can hurt you. You have a long list of artists and years of music to go through if you’re gonna stand on this logic. Good luck.”

Do you think Monica waited too late to say something about the lyrics?

Want updates directly in your text…