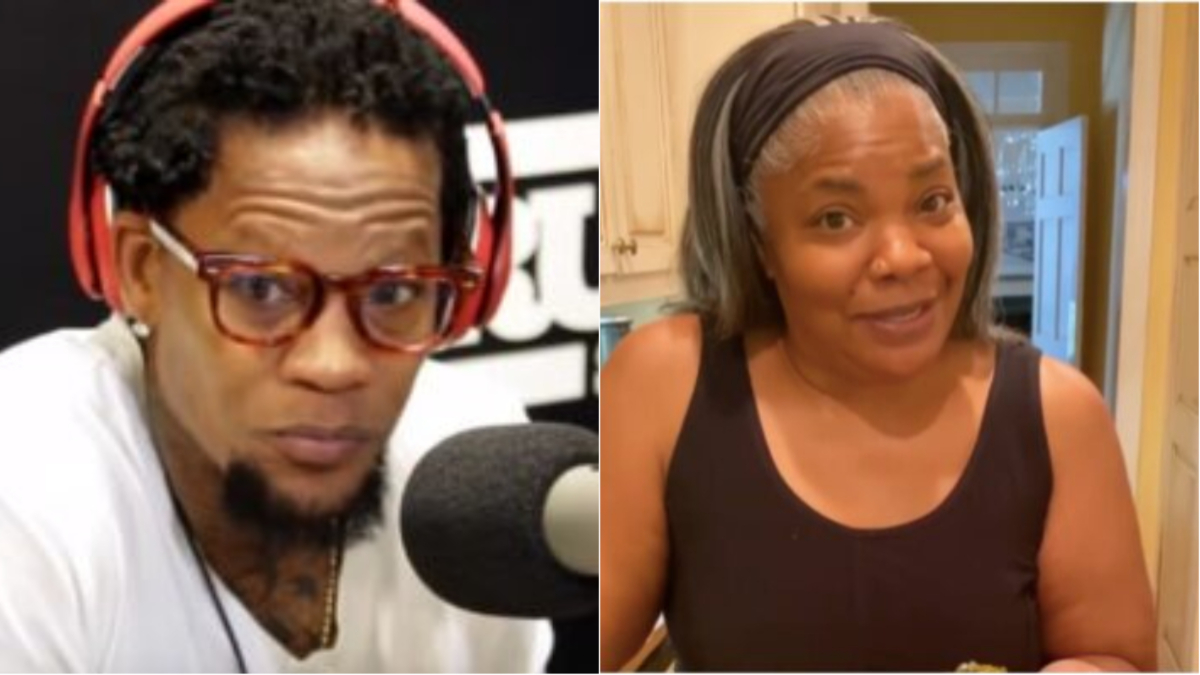 Mo’Nique Issues Backhanded Apology to D.L. Hughley’s Family But Doubles Down on Comedian ‘ I Meant Every Motherf–king Thing I Said’

Fans are dragging Mo’Nique after the Academy Award winner issued what they claimed wasn’t a genuine apology to D.L. Hughley‘s family following the past remarks she made during the pair’s weeks-long feud.

The comedians have been at odds since late May after Monique blamed him for a contractual issue she had with the promoter of a comedy show in Detroit at the Fox Theatre. Mo’Nique accused Hughley of removing her as the headlining act. Although the 59-year-old denied any wrongdoing, Mo’Nique ignited the feud by throwing shots at Hughley’s wife and bringing up a past clip of Hughley discussing why he didn’t initially believe that his daughter was sexually assaulted by a 13-year-old boy at the time.

On June 18, while performing at the Duke Energy Center of Performing Arts in Raleigh, North Carolina, Mo’Nique apologized to Hughley’s family for her actions and “hurting” their feelings.

She said, “I’d like to consider myself a woman of honor. So I’ve got to do something right now publicly that I did publicly. And when I f–k something up, I’ve got to fix it up. So I’m going to take care of that right now before I go any motherf–king further. To D.L. Hughley’s family, I want to publicly apologize if I hurt anyone’s feelings.”

Towards the end of her apology, Mo’Nique told concertgoers that although she’s admitting her mistakes by bringing Hughley’s family into the feud, she’s not taking back what she previously said about the “Kings of Comedy” star. Mo’Nique stated, “Oh, but that n- – -a D.L., I meant every motherf–king thing I said.”

As the video circulated online, fans criticized Mo’Nique’s apology. The backlash stemmed from the specific terms she used to apologize for the past comments she made about Hughley’s family in an attempt to hurt him.

“When someone says ‘I…