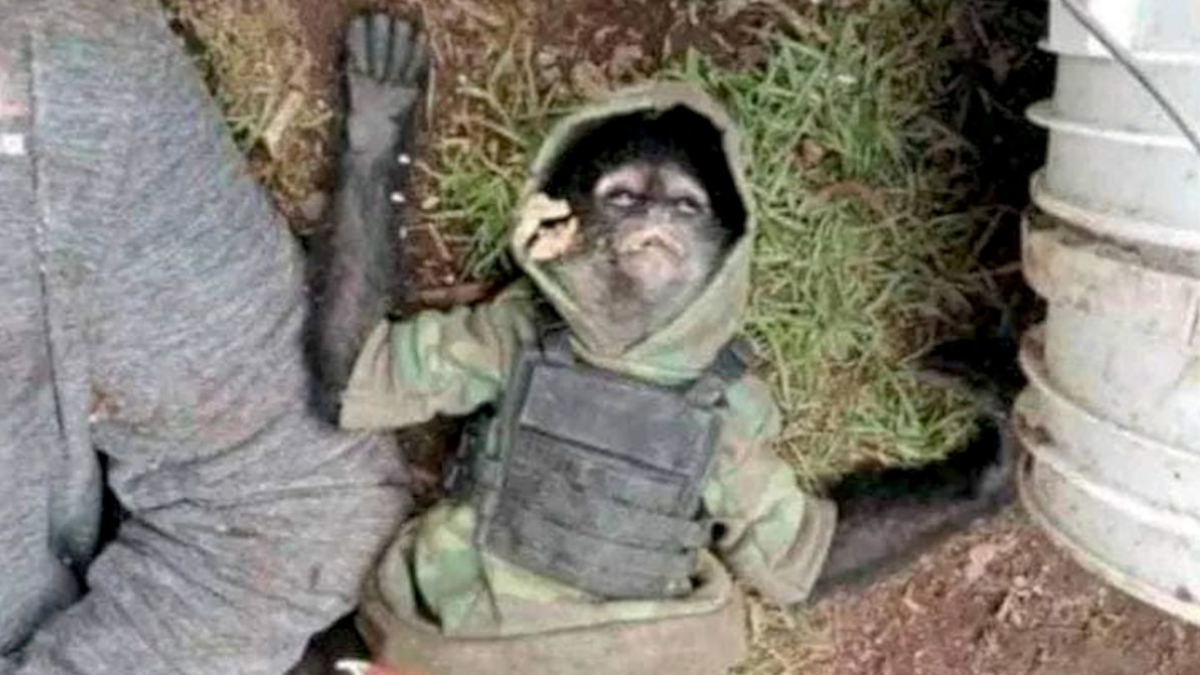 There is a strange but heartfelt tribute being circulated on social media of a monkey in a bulletproof vest who died with his owner in a bloody Cartel shootout that claimed the lives of 11 drug gang members.

Since the shooting in Texcaltitlan, Mexico on Tuesday, there have been photos of the crime scene circulating showing the 11 gang members killed with a tiny spider monkey that was dressed to resemble a cartel mascot lying lifeless on the chest of presumably his owner. The monkey was wearing a diaper, camouflage jacket, and tiny bullet-proof vest.

According to the authorities, it was not clear whether the monkey was killed by the bullets that claimed the life of his owner.

It is said that the infamous gang group is called La Familia Michoacana and the owner of the animal is said to be in his 20s.

The state prosecutors released a statement informing that a veterinarian specializing in the species will be doing an autopsy on the monkey. The prosecutors also stated that animal-trafficking charges would be considered against the survivors of the shooting.

Mexican narco has always had a fascination with exotic animals and they have always been a part of the Mexican criminal underworld.

The deceased monkey, that was born last year, is called ‘El Changuito’ and he was given a tribute that reads “It wasn’t your turn, friend. Rest in peace.”