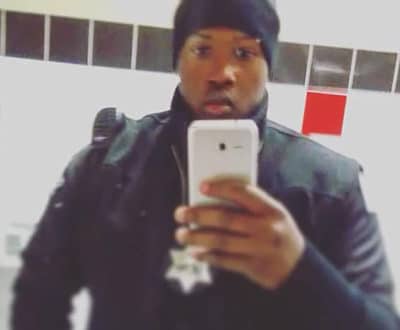 The mother of a security guard mistakenly killed by a police officer while detaining a suspected shooter said $7.5 million will not compensate her family for his wrongful death.

Beatrice Roberson said she wants the officer who pulled the trigger on her son, Jemel Roberson, while he was doing his job at a bar in suburban Chicago prosecuted.

Jemel Roberson, 26, was shot and killed by a Midlothian police officer after taking down a gunman who opened fire inside the bar where he was working as security. (Image courtesy of Facebook)

“The person that shot and murdered my son – he needs to be in jail,” Beatrice Roberson told CBS 2 after the municipality where the officer worked agreed to the multimillion-dollar settlement.

Reports show Midlothian Police Officer Ian Covey shot Jemel in November 2018 in the parking lot of Manny’s Bar Room. Witnesses said that two groups of people were fighting in the club before it escalated into a shooting. Four people were injured before Jemel jumped in and held down a man witnesses identified as a shooter before cops arrived.

Another security guard said Covey came in and pointed the AR-15 rifle at him before standing on a bar and waving it. The other guard said he was spared because he identified himself as security to Covey, but witnesses said the officer ignored them when they shouted that Jemel was also a security guard.

Illinois State Police said Jemel disregarded multiple commands from Covey to drop the weapon he held to the man he apprehended.

In October 2020, Cook County State’s Attorney Kim Foxx’s office “concluded that the totality of evidence is insufficient to support a criminal charge against” Covey.