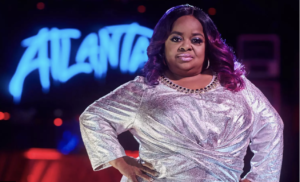 Ms. Juicy Baby Post Videos On Instagram Assuring Her Fans That She’s On The Mend After Suffering A Stroke

Little Women: Atlanta star Ms. Juicy Baby posted a series of videos on her Instagram page to give her followers and supporters an update on her health after suffering a stroke, according to TMZ.

In one video, Ms. Juicy explains, whose real name is Shirlene Pearson, that she had a “brain bleed,” which caused her stroke on April 28.

The 50-year-old reality TV star assured her fans that she is doing better and is on the mend but still is not “one-hundred percent” after being discharged from the hospital, Complex reports.

“I am not at 100%, but I am still healing,” she told her followers, adding, “I want to say thank you for all of the love and support … and I appreciate y’all being concerned.”

She corroborates that she did indeed suffer a stroke and was in intensive care for days, TMZ reports.

Suffering a stroke can be severe; physical changes can occur like fatigue, mood changes, depression, anxiety or difficulty sleeping, incontinence, muscle weakness, and changes in sensations, thinking, and memory, according to Better Health.

She disclosed that the effects of her stroke caused her to lose her essential motor functions and cognitive abilities.

Ms. Juicy’s sister, Tanya Evans, launched a GoFundMe campaign of $25,000 to help her with medical bills, and she confirmed she approved the campaign to assure her fans that it was no hoax.

Ms. Juicy started as a guest in Little Women: Atlanta‘s first season and got bumped up to a full-time cast member in season 2 through season six, which aired in 2021, according to People.