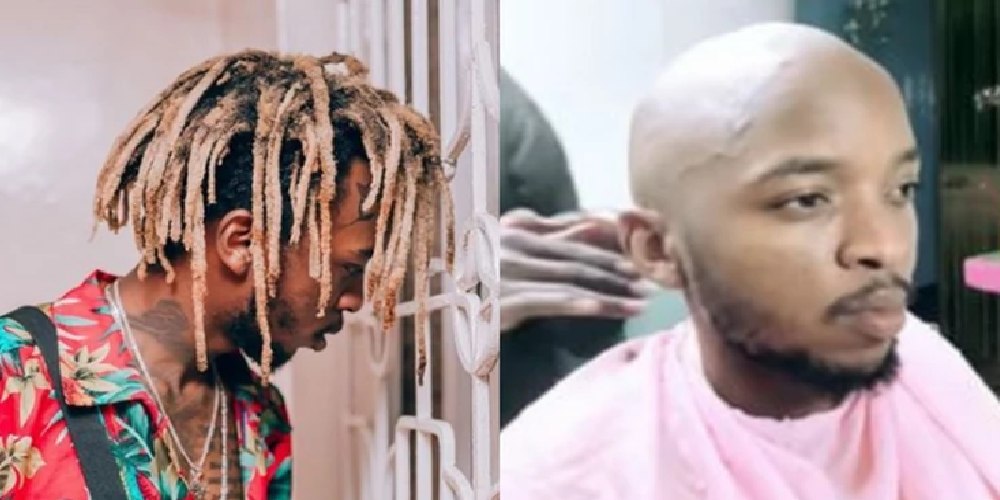 The producer behind many Kenyan hit songs has been synonymous with the hair but has decided to change his look.

Enga showed off the cut dreadlocks as well as his bald new look to his fans on Thursday and has not disclosed what inspired the move.

“Kichwa safi kama balloon,” he stated in a caption of a photo on his social media

Magix Enga joins other celebrities who shaved their signature looks for different reasons. YouTuber and digital influencer Sean Andrew Kibaki has opted to switch up his look by cutting off his dreadlocks and a section of his fans can’t keep calm.

For the longest time since coming into the limelight,V Sean has maintained his dreadlocks.

as his signature look but that has officially changed.

A short video shared on his Instagram handle, captured the transition from his shoulder-length ‘locs’ to his now crew cut.