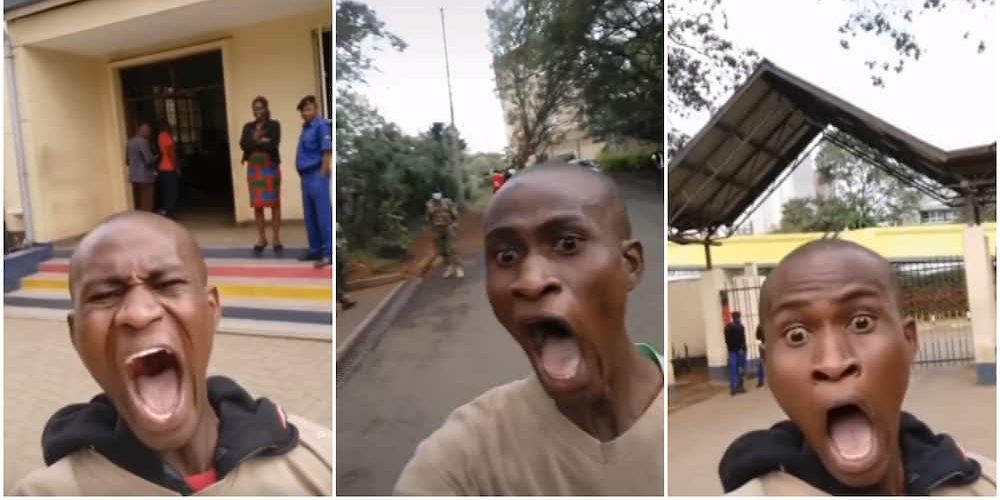 Kenyan TikToker Nduru man, real names Ian Asunya, says he is a single dad after his baby mama left him.

Nduru explained that his baby mama’s parents had planned a marriage between her and a Dubai-based man.

He claimed that he was left because he is broke.

“I have a passport which I acquired when I wanted to follow her there. Her number is always off. I looked for her every place I knew I could trace her but I did not manage to get her,” he shared.

He said he started creating content in February this year and has garnered a huge number of followers on Tiktok and YouTube.

“I don’t script my videos. There are police officers who love my craft and there are those who are afraid. They love it so much.”

The TikTok star made headlines after being seen screaming on the streets.

He caught people’s attention when he shouted at a police station, a video that went viral on TikTok So daring is he that he recently went to shout outside State House.

“I do deliveries in town and so on that day, I was sent to those areas, around State House. I decided to record a video without checking if there were police officers around. After that video, they arrested me,” he said.

He was released after the cops saw his good conduct certificate.

“The cops took me aside and lectured me. I had a good conduct certificate with me since I walk around with it. I know I can take my comedy anywhere. They were shocked that I was so confident and some even thought I used drugs,” he narrated.

Nduru Man also said the cops deleted the video but he managed to hard recover it on his phone, hence the reason why you all got to see the video of the incident on his social media.

Would you scream at Kenyan Police officers knowing how ruthless most of them are?