BREAKING NEWS
GMT-4 01:54
Home Black Global Nana Addo “Breaking The 8 Will Be The Last Great Political Feat Of My Career” 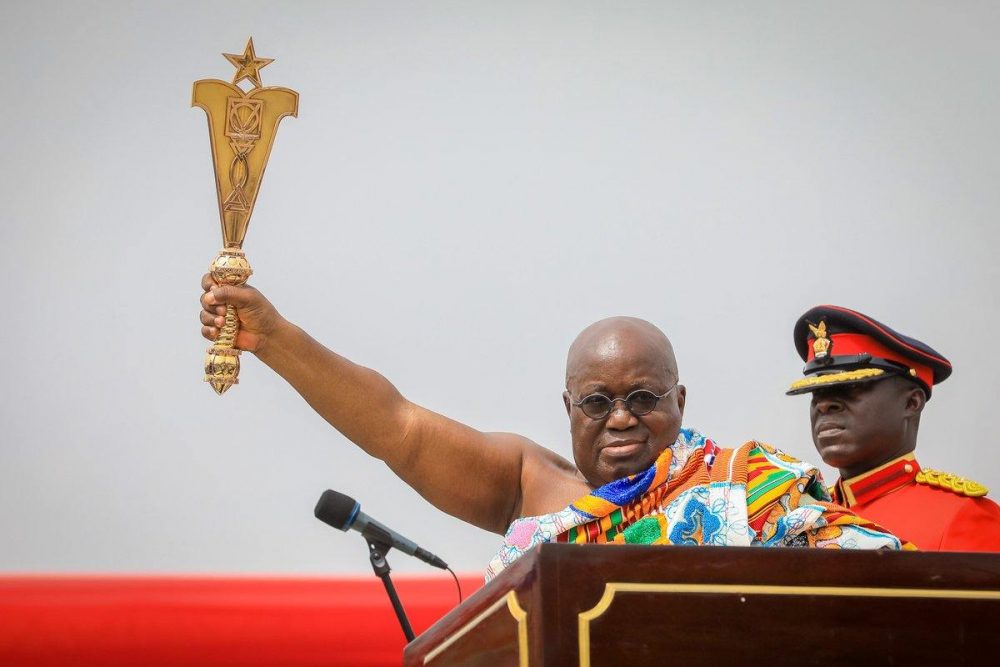 The president has therefore appealed to the rank and file of the NPP, to play their roles in ensuring that the agenda dubbed, “breaking the 8” will materialize, that the NPP will retain political power for the third consecutive term after the 2024 General Elections.

In a speech delivered over the weekend at a party gathering in Accra, Akufo-Addo paid tribute to the party’s founding fathers as well as founders of their tradition and spoke highly of the role that the NPP has played traditionally in giving leadership to the nation when it is most needed.

“I want to end by making one appeal, I want you to help me to achieve the last great political feat of my career in Ghanaian politics, that on the 7th of January 2025, I will go to Black Star Square and hand over the baton to our next NPP President of the Republic who we would have chosen, supported and brought to victory” Akufo-Addo said over the weekend.

“Victory in 2024, that is our goal, that is our task and that by the Grace of God, we will achieve” he stressed whiles addressing party faithful who had gathered at the University of Professional Studies, Accra (UPSA).

The occasion was the NPP’s 30th Anniversary and National Thanksgiving Service held at the Kofi Ohene-Konadu auditorium.

It was under the theme; ‘[email protected]: Our Shared Traditional, Holding and Working Together a Stable and Prosperous Nation.’

“After this 30-years of our existence, it must be our resolve to build a proper party membership register to enhance our collective ownership of the party, a party that is united and battle ready to ‘break the 8,” Ntim said.