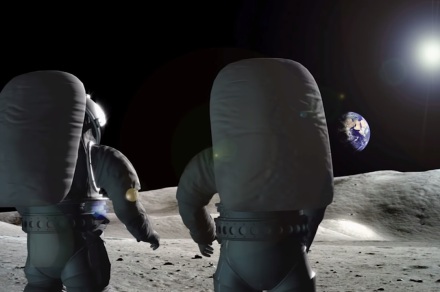 The suits will also be used for spacewalks outside the International Space Station (ISS) as well as for preparatory work for the first crewed missions to Mars.

The contracts, announced by NASA on Wednesday, June 1, have gone to Texas-based Axiom Space and North Carolina-based Collins Aerospace. The awards are the latest in a growing list of collaborations between NASA and private companies as the agency looks increasingly to the commercial sector to support its space program.

“With these awards, NASA and our partners will develop advanced, reliable spacesuits that allow humans to explore the cosmos unlike ever before,” said Vanessa Wyche, director of NASA’s Johnson Space Center in Houston. “By partnering with industry, we are efficiently advancing the necessary technology to keep Americans on a path of successful discovery on the ISS and as we set our sights on exploring the lunar surface.”

Both Axiom and Collins were selected for Exploration Extravehicular Activity Services (xEVAS) contracts with a combined potential value of $3.5 billion, though each partner has also invested “a significant amount of its own money” in the projects, according to NASA.

The contracts run until 2034, with the first tasks to provide a broad range of capabilities for NASA’s spacewalking needs outside the ISS in low-Earth orbit and for the highly anticipated Artemis III mission that will endeavor to put the first woman and first person of color on the lunar surface before the end of this decade.

“NASA experts defined the technical and safety standards by which the spacesuits will be built, and the chosen companies agreed to meet these key agency requirements,” the agency said in a post on its website. “The commercial partners will be responsible for design, development, qualification, certification, and production of spacesuits and support equipment to enable space station and Artemis missions.”

Few design details have been released by the companies thus far, but it’s clear that the moon suits will…