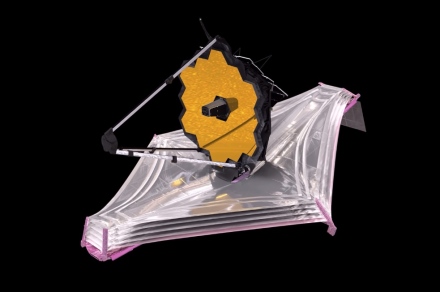 NASA is preparing to unveil the first high-resolution images captured by the $10 billion James Webb Space Telescope, and recent comments from the agency’s chief suggest they’ll be something very special.

Speaking at a press conference this week, NASA boss Bill Nelson said we can expect to see “the deepest image of our universe that has ever been taken” among the material that will be made public on July 12, adding, “If you think about that, this is farther than humanity has ever moved before. And we’re only beginning to understand what Webb can and will do.”

Nelson said the Webb telescope — the most advanced space observatory ever built — will “explore objects in the solar system and atmospheres of exoplanets orbiting other stars, giving us clues as to whether potentially their atmospheres are similar to our own.” In other words, we’re about to deepen our knowledge of faraway planets that orbit other stars — some of which could support life.

Since reaching its orbit about a million miles from Earth, Webb has beamed back a number of calibration images, which NASA has already shared. But the images set to be released in July will be of superior quality, giving us our first clear idea of the observatory’s true capabilities and the exciting possibilities that they present.

While NASA is giving little away regarding the specific content of the upcoming images, we do know that, in the first year of its lengthy mission, Webb will be focusing on Jupiter and its rings and moons, as well as capturing imagery aimed at helping scientists learn more about how stars form. The mission — a decades-long joint effort involving NASA, the European Space Agency, and the Canadian Space Agency — will also provide scientists with a new trove of data that’s expected to take our understanding of the universe and its origins to a new, higher level.

How excited are you about #Webb’s first images? In exchange for Canada’s contribution to the space telescope, Canadian scientists are some of the first to study the data it will collect. Here’s what they will observe and how. ?