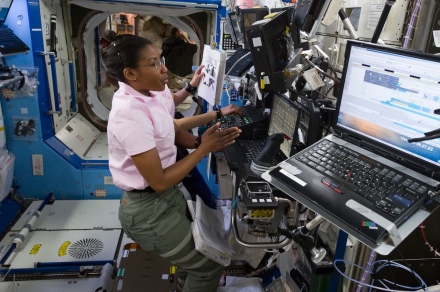 NASA has released a free-to-view documentary celebrating Black astronauts and their contribution to the American space program.

The Color of Space (below) landed on YouTube on Sunday, June 19, as part of Juneteenth, the federal holiday commemorating the end of slavery in the U.S.

Harris says in The Color of Space that he chose his career path after watching coverage of NASA’s space program as he grew up in the 1960s, including footage of the first moon landing by Neil Armstrong at the end of that decade. However, Harris adds that he noticed at the time that there were few Black people working at NASA.

NASA says it’s committed to a culture of diversity and inclusion when it comes to building its astronaut team. Indeed, the space agency is currently in the advanced stages of planning for a new era of human lunar exploration, and before the end of this decade is aiming to land the first person of color on the moon, as well as the first woman, as part of the Artemis program.

“At NASA, we explore space and expand knowledge for the benefit of humanity,” Wyche said. “To do this, we must attract the brightest minds that reflect the American public. In this documentary, our former and current Black astronauts share their journeys to space and offer personal stories of courage and resilience. I hope this film will inspire all NASA’s future engineers, scientists, and explorers to reach for…